the woman was allegedly attempting to traffick the girls to Lagos from where some of them will be taken to African countries like Benin Republic, Mali and Burkina Faso. 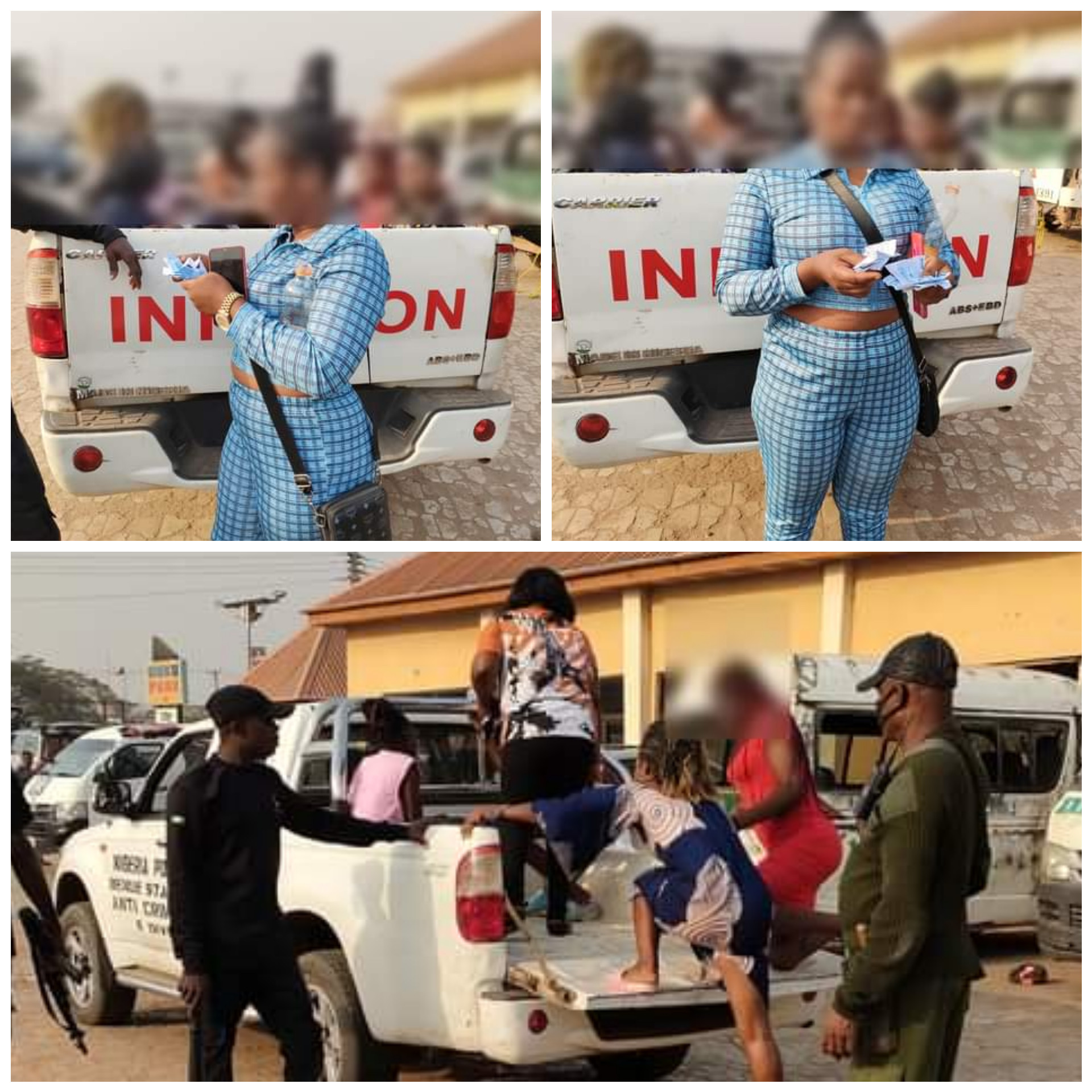 The alleged trafficker arrested
A suspected human trafficker has been arrested in Benue state.
She was intercepted with some girls at a motor park in Makurdi, the Benue state capital on Friday morning, January 7, 2022.
According to activist, Ukan Kurugh, the woman was allegedly attempting to traffick the girls to Lagos from where some of them will be taken to African countries like Benin Republic, Mali and Burkina Faso, for a 'better life'.
Read his post below:
''This morning while still in bed, I got a call from Rev. Fr Solomon Mfa that I should send the Police PRO's number to him, and he sounded urgent. So, I immediately sent it to him.
After some minutes, Krayzietee Atu, called me that he had just uncovered a lady who wanted to traffic some girls to Lagos so I should come quickly.
I got up from bed not minding the fever I'd been struggling with for some days now and went to Duku Park where I met Fr. Solomon Mfa already with some policemen from E Division Police Station, Akpehe, Makurdi.
I immediately called on the Zonal Commander of NAPTIP, Mrs Gloria Bai who sent her team to meet us at Duku Park, which we all drove to the police station to formally report the issue before any other thing is done.
The girls were already scared while inside the police truck and one after the other, I asked them about the lady who was trafficking them to Lagos.
They said a phone call was put across to them to call the lady in question and move with her to Lagos for a better life.
They added that some of them would move to even farther and better locations like Benin Republic, Mali, Burkina Faso, etc.
It was even more suspicious of the lady to have had one number for all of them as their Next of Kins.
While we await the outcome of the Police & NAPTIP on this matter, I want to thank Fr. Ukeyima and Krazie Tee again for being very proactive about this issue.
Management of Transportation companies will need to be more proactive in their dealings with would be passengers because this has been ongoing for long now, and for a fact one is caught, many are around still.'' 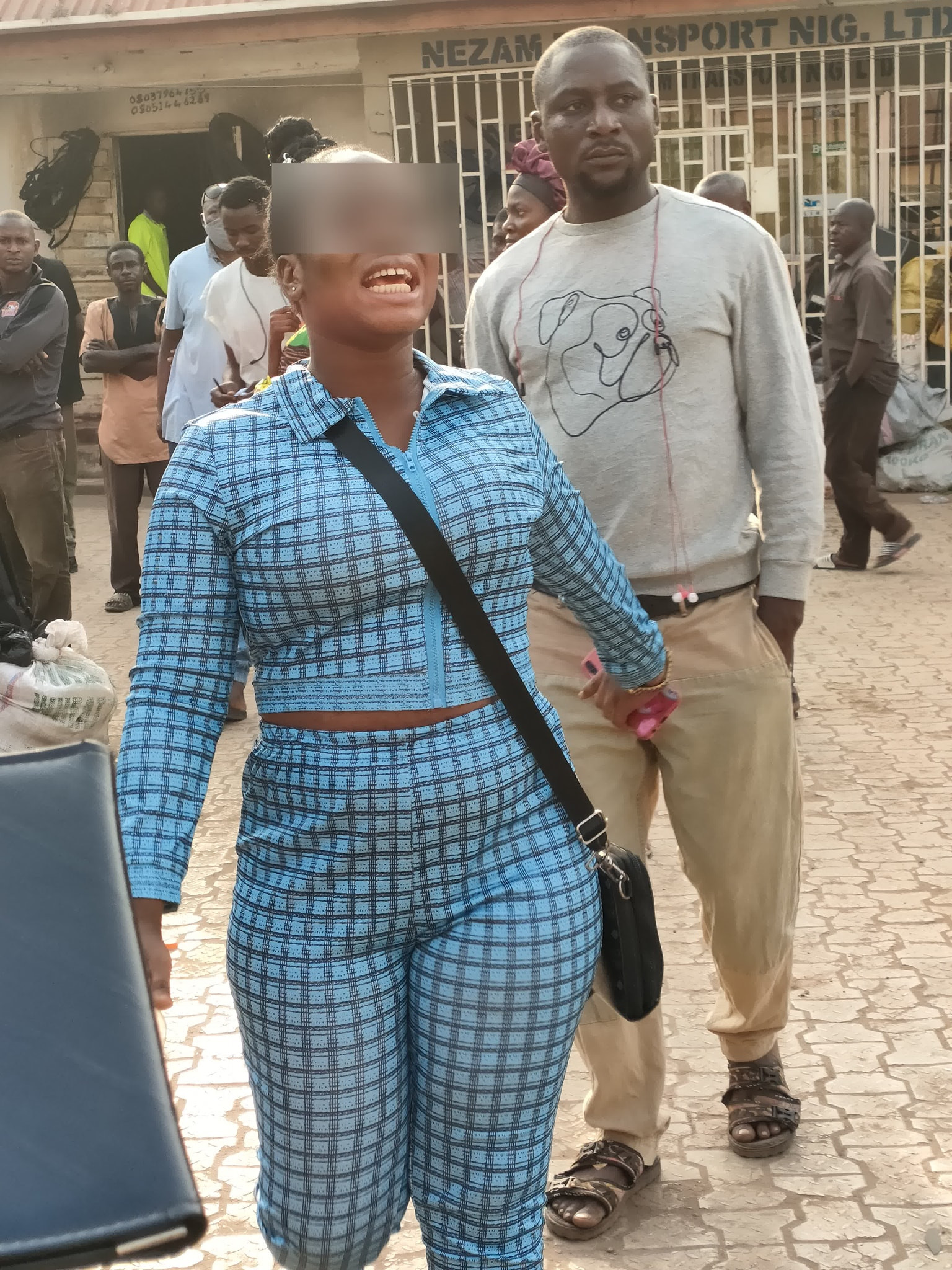 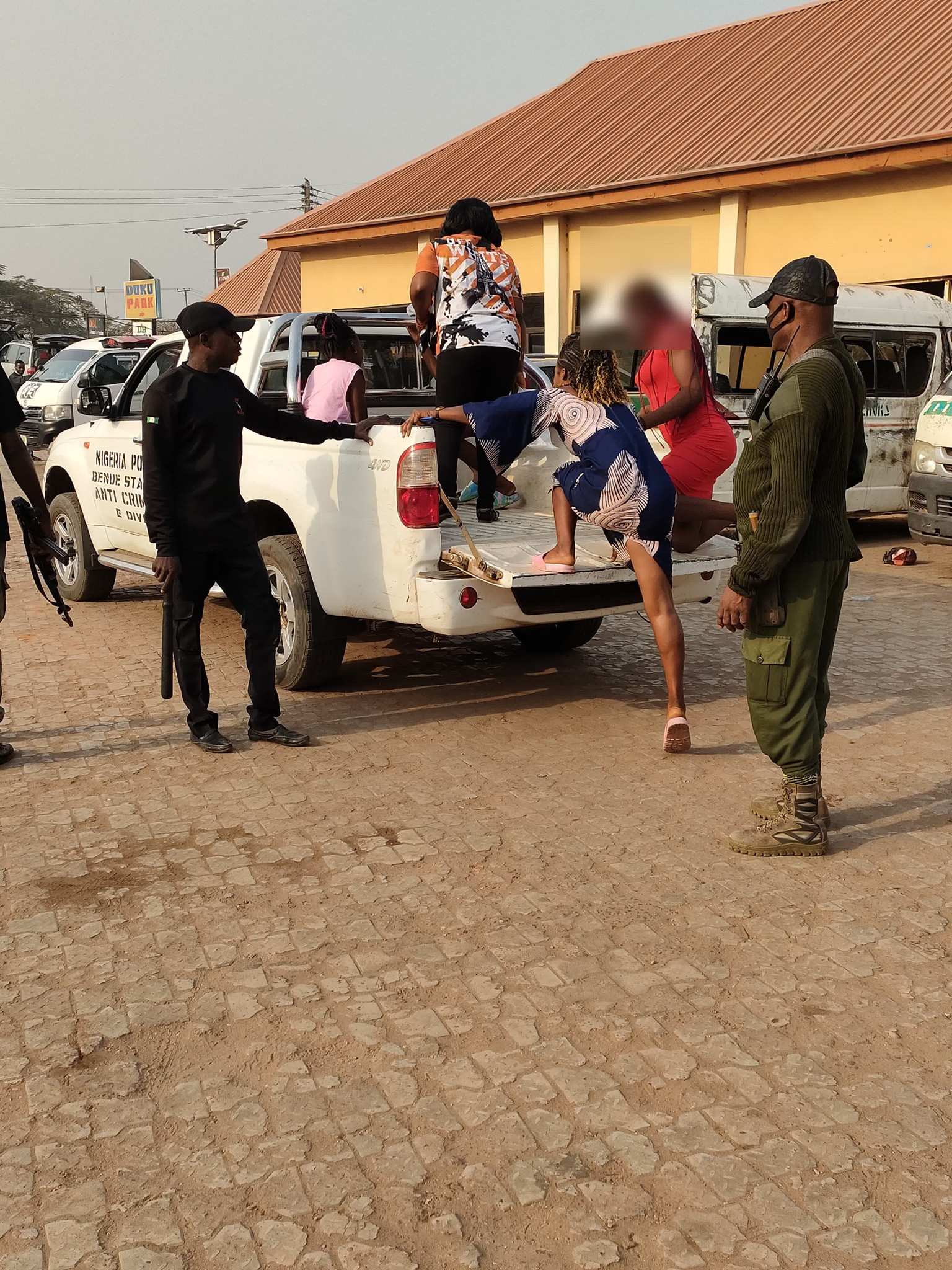 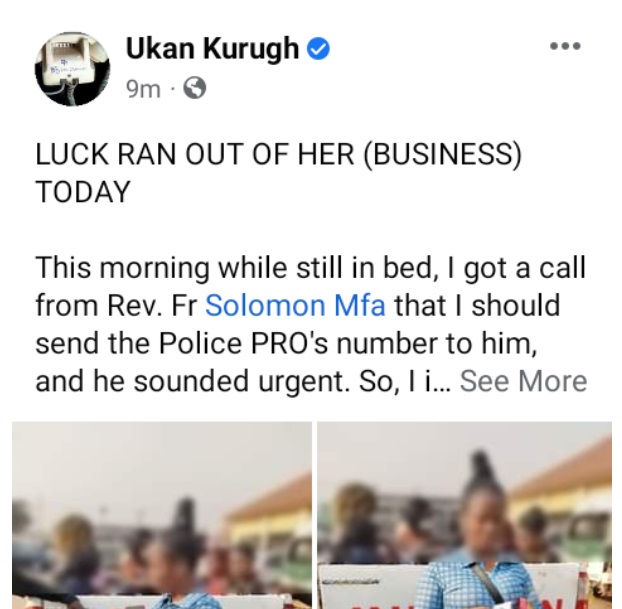