The mutilated body of the deceased was found dumped near Plateau Radio Television Corporation (PRTV) in Rayfield area of Jos South last week. 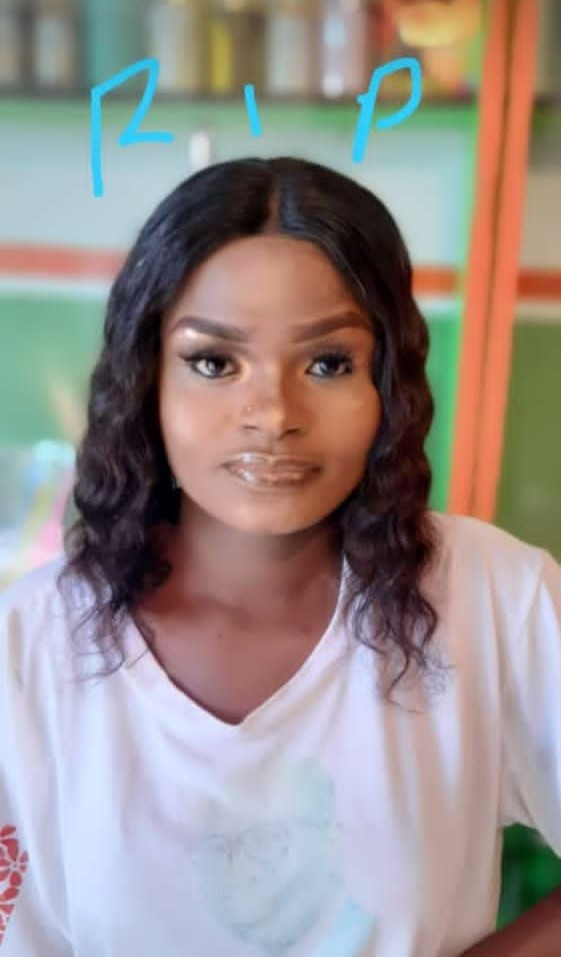 Plangnan
Some suspected ritualists have killed a young lady at a hotel in Jos, Plateau State and harvested her vital organs.
The young lady has been identified simply as Plangnan.
According to one Chuwang Ahmadu Rajan, the mutilated body of the deceased was found dumped near Plateau Radio Television Corporation (PRTV) in Rayfield area of Jos South last week.
The development is coming days after the mutilated body of a 300 level University of Jos student, Jennifer Anthony was recovered from a hotel in Jos with her vital parts removed .
Read Chuwang's post below:
"Our sister, Plangnan was killed during Christmas period around Rayfield and she was burried in that same area. ADVISORY:
"There's a Red Alert that ritualists have invaded Jos and now have a market for selling human parts in the state. Recently, the Corpse of this young lady(Plangnan) a resident of Chwel-Nyap Congo Russia Area of Jos North was found near PRTV in Rayfield Area of Jos South with some of her Private Parts removed.
"Please let's do well to warn our wards especially the Ladies who are the most vulnerable ones, to be very careful with their movements. Remain vigilant & Report any suspicion of such activity to Security Operatives, please. May her soul continue to rest with the Lord" 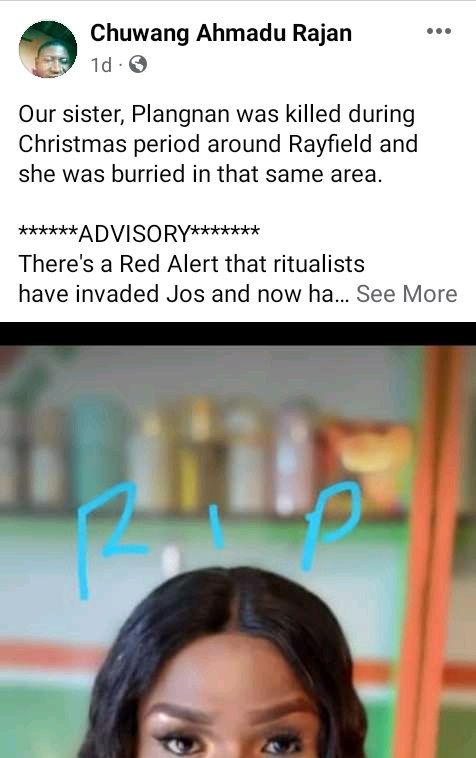 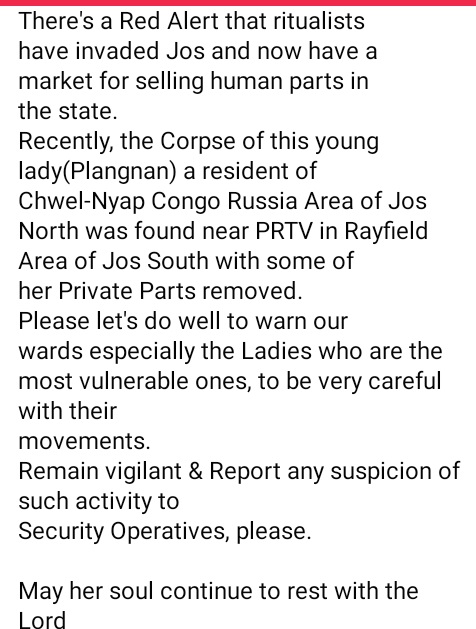