Sales Boy Arrested For Disguising And Threatening To Abduct His Employer For N1.5M Ransom


The sales boy reportedly wrote a letter with a fictitious identity to his boss, threatening to kidnap him if he fails to deposit N1.5m into a bank account. 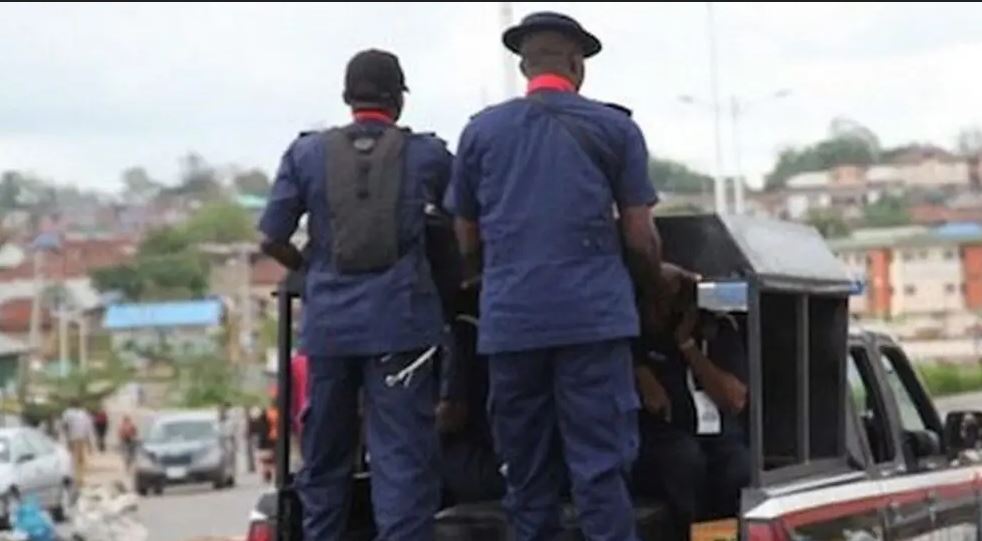 Sales Boy Arrested For Disguising And Threatening To Abduct His Employer For N1.5M Ransom

Operatives of the Nigeria Security and Civil Defence Corps, Ekiti State Command have arrested a sales boy, Tobiloba Olayinka for allegedly threatening to abduct his boss.

The suspect who was paraded alongside two other suspects arrested by the command for different crimes in the New Year, reportedly wrote a letter with a fictitious identity to his boss in Ado Ekiti in December, threatening to kidnap him if he failed to deposit N1.5m into a bank account.

The 21-year-old was however arrested by men of the counter-terrorism squad after a discreet investigation.

“Upon discreet investigation, the suspect was arrested on January 8, 2022. The suspect was a sales boy of the victim, but he cooked up a letter using a strange name and account number and demanded a sum of N1.5m or else his employer would be kidnapped.

“But for the quick response of my men, he was botched after a discreet operation. He used a fictitious name, account and telephone number with the intention to defraud his employer. We tracked the phone number and he was arrested. He would be charged to court on completion of ongoing investigation.”

Confessing to the crime, Olayinka said he threatened his boss to raise money for Christmas.

“I did not mean to kidnap him. I thought the threat would give me money. My intention was only to collect money to celebrate Christmas. That was why I wrote the letter threatening to kidnap my boss. I later sent the account where the N1.5m would be paid. The money was not paid before I was arrested.”