Bitcoin is traded similarly to other financial assets such as currencies and stocks. 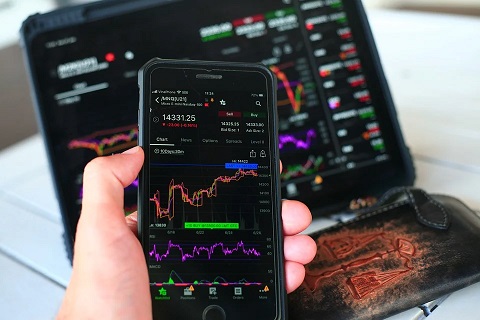 https://pixabay.com/images/id-6368031/
Bitcoin trading has been one of the hot topics in the financial markets during the pandemic era. The cryptocurrency has seen new highs and is showing the potential to go even further. This has captivated the attention of many investors worldwide, contributing to liquidity and volatility.
Bitcoin was first introduced in the market in 2009 when Satoshi Nakamoto implemented it as open source. The total cap of the cryptocurrency is at 21 million Bitcoins, and the current coins in circulation are 19 million. This makes the digital currency an attractive investment and, for most speculators, increases its value in the market. To understand all the possible advantages and disadvantages, we will go through all the crucial characteristics of the currency and see how investors can benefit from it.
What does Bitcoin trading mean?
Bitcoin is traded similarly to other financial assets such as currencies and stocks. Traders can speculate on both the long and short sides and use leverage to use larger lot sizes.
Over time, many baby coins have been introduced next to Bitcoin, which act as an alternative source of investment. Traders sometimes prefer trading altcoins such as Ethereum and Litecoin as they may offer better mining profitability or lower costs.
Strategies for Bitcoin Trading
A good trading strategy can ensure that you remain profitable in the long term. Only 10% of the traders can stay consistent in the market. Such a low winning rate is because many ignore the vital prospects of managing their risks and a positive mindset.
Price action trading is one of the standard practices of trading many instruments. It involves determining the current market structure using highs and lows on the chart. Using some indicators such as moving averages or RSI etc, to help with the analysis is also possible. Let us go through an example where an investor can use the said methodology. 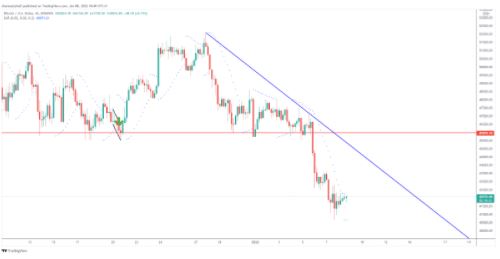 Image 1. The 4-hour chart on Bitcoin states that the market has broken the previous resistance and is heading for a new lower high. Investors can wait for the price to retrace back to the trend line for taking a short position. The parabolic Sar indicator is used to confirm the current downtrend.
Averaging strategies with martingale are also favorite of many. Using these forms of trading adds huge risk to the account as the market can trend in one direction with momentum at any given time.
Algorithmic trading is also common in Bitcoin. Various cryptocurrency bots are available as open code or for a price on the internet. These systems trade the instrument automatically. As they can calculate complex information within a millisecond, many traders prefer to use them instead of the manual approach.
Understanding Bitcoin Mining
Mining bitcoin is one of the popular methods used to generate passive income. As mentioned before, currently, over 19 million have been mined out of 21 million. To achieve the feat, traders have to use their hardware such as GPU or CPU to solve the cryptocurrency puzzle and participate in completing a block. As a reward, they receive the coins.
The mining difficulty can vary according to the number of participants. Investors set up huge GPUs and special equipment in combination to mine huge loads of Bitcoin. These are called mining farms or rigs.
Summing Up
Bitcoin is available to trade 24/7, unlike other instruments only open during specific hours. While the current outlook for the currency may look ambiguous, it is not possible to characterize it as a win-win scenario. With proper money management techniques, traders can benefit from the current boom.
Top Stories