Keeping to his promise, Obi shared pictures of the young lad who received his letter of scholarship from the Cubana Group. 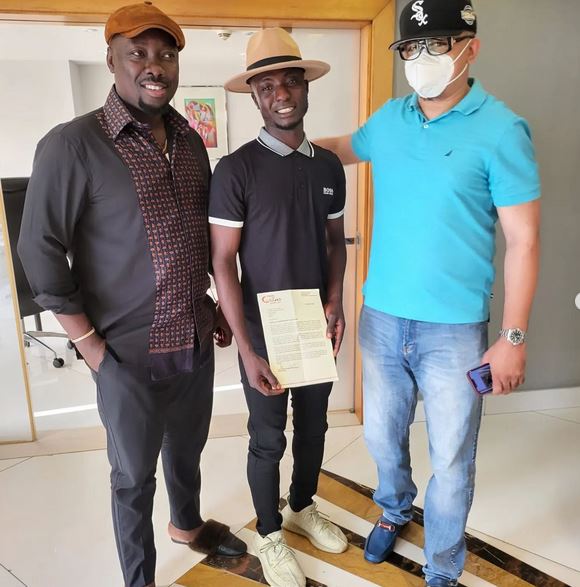 Billionaire businessman, Obi Iyiegbu, popularly known as Obi Cubana, has fulfilled his promise by offering a letter of scholarship to the pure water seller, Jeremiah Ekumah.

Earlier last week, Ekuma, a young hawker, was caught on camera in the Ajah area of Lagos, giving money to persons who were being transported to prison in a Nigerian Correctional Service van.

Obi Cubana, who chairs the Cubana Group, last Saturday, in an interview with media personality, Ifedayo Olarinde, popularly known as Daddy Freeze, made known his intention to sponsor the young boy’s tertiary education in any institution of his choice.

Keeping to his promise, Obi Cubana on Saturday (today) shared pictures of the young lad who received his letter of scholarship from the Cubana Group.

Obi Cubana, on his Instagram page, also revealed that one Mr & Mrs Afuah, based in Canada, has placed Ekuma on a N100,000 monthly salary till he finished his education.

The post read, “And God has remembered Jerry!! @jerryluck_ God used Rocky @rockyemmyphotography to make that video! And God used @daddyfreeze to connect me and Jerry!

“He has collected his letter of scholarship from Cubana Group! Thank God for His uncommon Grace! Mr & Mrs Afuah @iam_hymans who are based in Canada, we ran into ourselves last night at Cubana Lagos, and he introduced himself and said he wanted to reach out to Jerry.

“We all met this afternoon here in lagos. He has promised Jerry (and started paying immediately) a salary of 100k monthly from today till he is done with school!

“God has really remembered Jerry! Do Good, be nice, be generous! God will definitely remember you someday.” 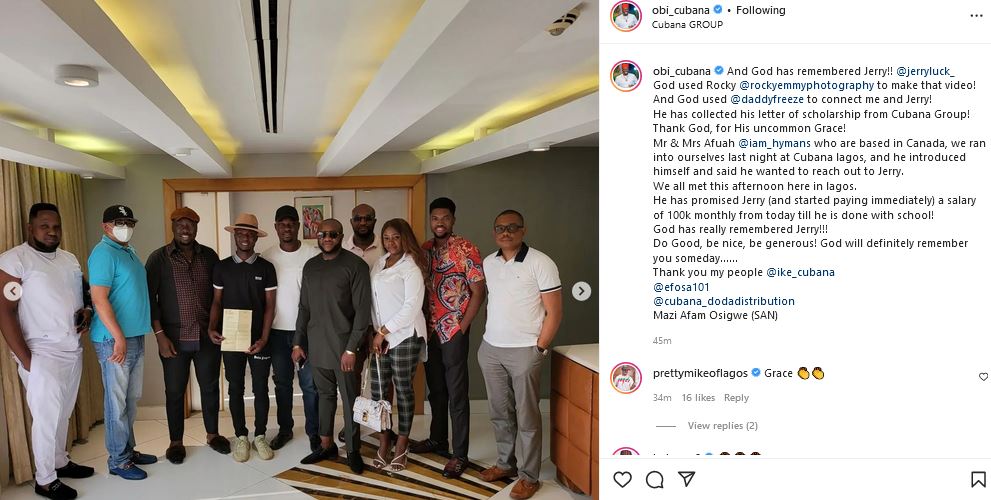