In an interview with Chude Jideonwo, Dele Momodu noted that he liked President Buhari but not his politics. 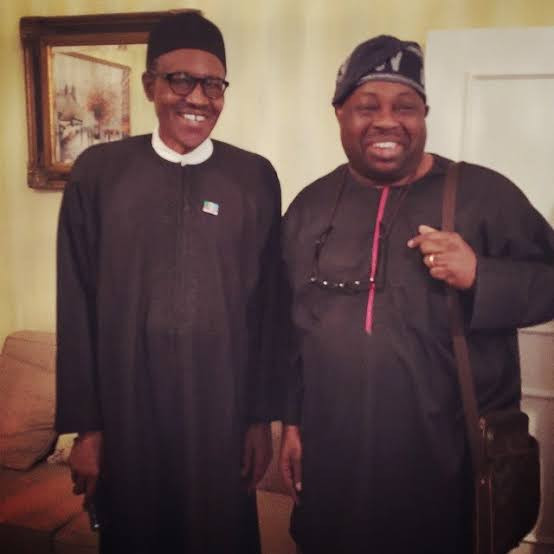 Buhari and Dele
Media personality, Dele Momodu has denied selling President Muhammadu Buhari to Nigerians.
He made the denial ahead of the 2023 general elections.
In an interview with Chude Jideonwo, Dele Momodu noted that he liked President Buhari but not his politics.
Claiming that he only reshared Buhari's photos, Momodu stated that Nigeria is in a great mess today because Nigerians find it difficult to detach themselves from career politicians.
He said;
“I actually like the man personally but his politics, no way.
“I didn’t sell Buhari to you. All I did was post his pictures. There is no way anyone can say, I said you must go and vote for Buhari,” he said.
“The mess in Nigeria today is because Nigerians find it difficult to detach themselves from career politicians.
“But Nigeria cannot continue in this madness. Why we lack progress is because we are too embittered, too enraged it is unbelievable.”
Also recounting how he lived in London after fleeing from the military government of Sani Abacha, he disclosed that a bomb explosion shocked him and his staff while at their office space close to the Canary Wharf in London.
Momodu added;
“So we got an office and second-hand furniture. So we decided to get a bottle of cognac and celebrate because we got an office not minding how we were going to pay printers.
“Then boom! There was a bomb next to our building. A massive explosion with over 100 houses blown apart.
“We started running, and I started shouting Abacha! Abacha!.
“I thought Abacha had discovered where I was. So we ran, and we saw police dogs everywhere. Apparently, they had evacuated the area, and we didn’t know because we were busy celebrating.
“But we were lucky the building was bombproof, and our building was able to withstand the impact.”
Top Stories