According to the police spokesman, detectives promptly arrested the suspect and brought him to the SCID Gusau for discreet investigation. 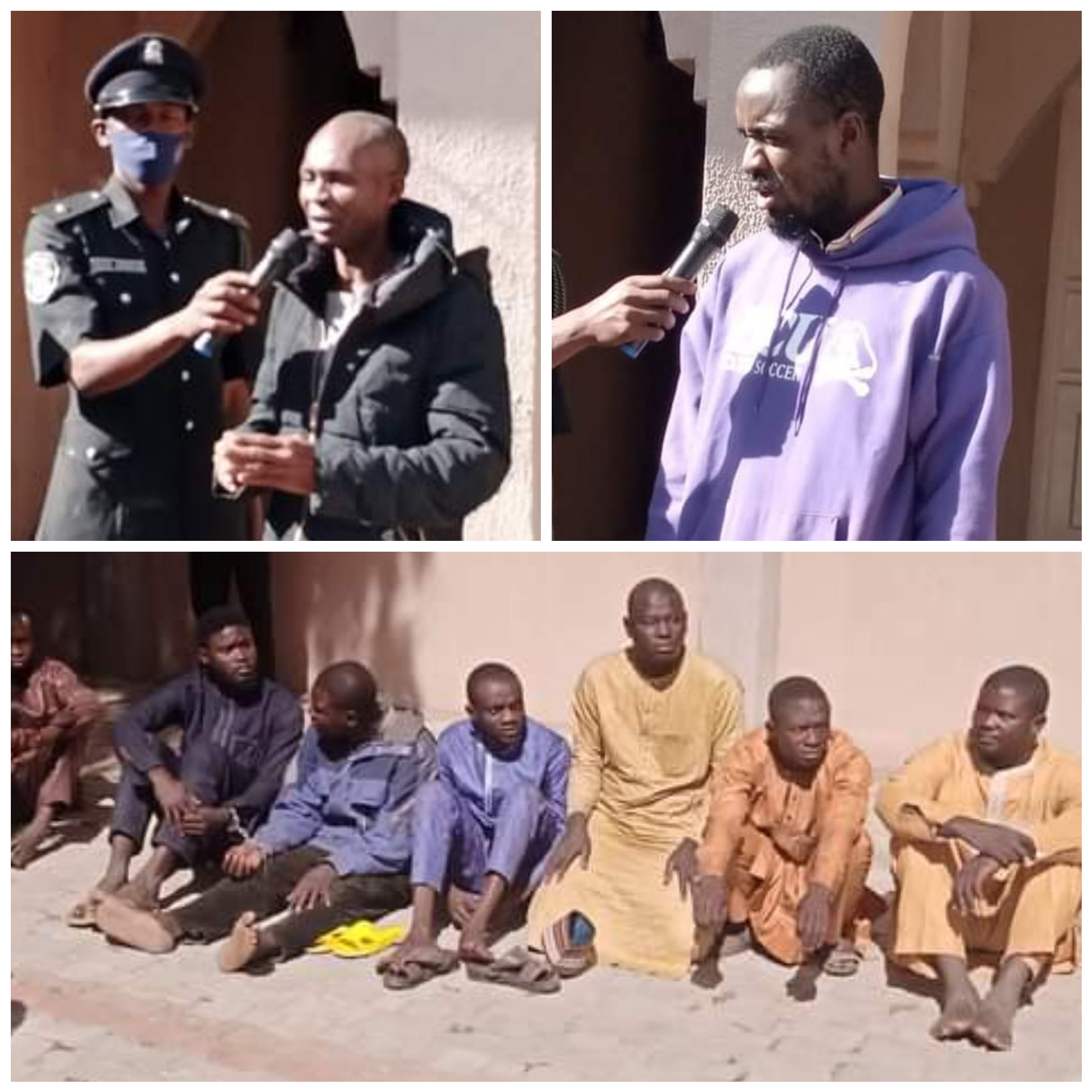 A fake lawyer, six members of a notorious car theft syndicate and other suspects have been arrested by the Zamfara State Police Command.

Briefing journalists at the Command Headquarters in Gusau on Monday, January 24, police spokesperson, SP Mohammed Shehu, said the fake lawyer was arrested on January 18 following a complaint received from the Nigerian Bar Association in the state.

He said the suspect identified as Chukwuka Jude, 46, was caught inside the Higher Sharia Court T/Wada Gusau acting falsely as a lawyer to a client.

According to the police spokesman, detectives promptly arrested the suspect and brought him to the SCID Gusau for discreet investigation.

"On 18th January, 2022 at about 1630hrs, the Zamfara State Police Command received a complaint from the Chairman of Nigerian Bar Association (NBA) Zamfara State Chapter, that on same date, one Chukwuka Jude ‘M’ a 46yrs old was caught inside the Higher Sharia Court T/Wada Gusau, falsely acting as a lawyer to a client," the PPRO stated.

"Police detectives promptly arrested the suspect and brought him to the SCID Gusau for discreet investigation. Preliminary investigation revealed that, the suspect has been putting appearances in different Courts at K/Namoda, B/Magaji, Shinkafi and Gusau LGAs where he was finally arrested for standing as a counsel to unsuspecting litigants for fees.

"Prior to his arrest, the suspect deceived one of his victims who resides in Kuraje village under Damba District of Gusau LGA, by representing the victim at Higher Sharia Court III Gusau as a counsel, where he charged the sum of N100,000 for the service fees out of which he collected N23,000 as part payment.

"To further support the allegation, the suspect in a bid to escape arrest and prosecution offered the sum of three hundred thousand naira (N300,000) as bribe to our Court duty Police officer who instantly rejected the offer.

The suspect will be charged to court for prosecution on completion of the investigation.

In another development, the command also arrested one Hamza Lawali, 30, for criminal conspiracy and culpable homicide.

"On 21st January, 2022, police operatives in Tsafe LGA acted on intelligence information and arrested the above mentioned suspect who along with his nine (9) other partners in crime now at large stormed Tsafe market with dangerous weapons and killed the deceased, thereby causing fear and apprehension in the area and its environs. Investigation is in progress with a view to arresting the nine (9) other fleeing suspects, before being charged to Court for prosecution," the spokesperson said.

Another suspect, Saminu Abubakar, of Sabon Hanya T/Wada area of Gusau LGA, was arrested in connection with an alleged criminal conspiracy and kidnapping

"In a sustained working synergy among the security agencies in Zamfara State. On 21st January, 2022 at about 1230hrs, the Department of Security Service, Zamfara State transferred a suspect and exhibits for alleged Conspiracy in the kidnapping of one Alhaji Yusuf Lawan Dare, at his residence in Gada Biyu area, Gusau LGA.

"The suspect while undergoing interrogation confessed that, sometime in 2019, himself and his other gang members now at large conspired and masterminded the kidnapping of the victim at his house located at Gada biyu area, Gusau in which the sum of Seven Million Naira (N7,000,000) was paid as ransom before he regained freedom.

"He further confessed that, out of the ransom paid, he was given the sum of Five hundred and thirty thousand naira (N530,000) as his own share. The cash sum of four hundred and seventy nine thousand, four hundred naira (N479,400) was recovered from him, with other exhibits as mentioned above. Discreet investigation is in progress aimed at arresting other fleeing suspects before being charged to Court for prosecution,"

Operatives of the command smashed a six-man syndicate who specialized in theft of motor motor vehicles and receiving stolen property in Gummi Loal Government Area of the state.

The spokesperson said "On 18th January, 2022 Police patrol team while on stop and search along Gummi – Daki-takwas road, acted on intelligence information and arrested Hamza Abubakar ‘M’ of Kebbi State who was suspected to have purchased a stolen Toyota Corolla black in colour from Sokoto to Kebbi State for disposal.

"Preliminary investigation revealed that, the suspect has a syndicate in various States such as Sokoto and Kebbi States that specialized in theft of vehicles and disposing them to their receivers. Further investigation led to the arrest of four (4) suspects in Sokoto and other one in Kebbi State.

"On 22nd January, 2022 Police detectives while on investigation activities in Sokoto also recovered another stolen Toyota Corolla red in colour a property of one Habibu Garba ‘M’ of Kebbi State which was stolen and found in the possession of Bashar Dalhatu a member of the same syndicate.

"Investigation is in progress with a view to arresting all the members of the syndicate before being charged to Court for prosecution."