The police said the suspect broke into the mobile phone and accessories shop to steal the items. 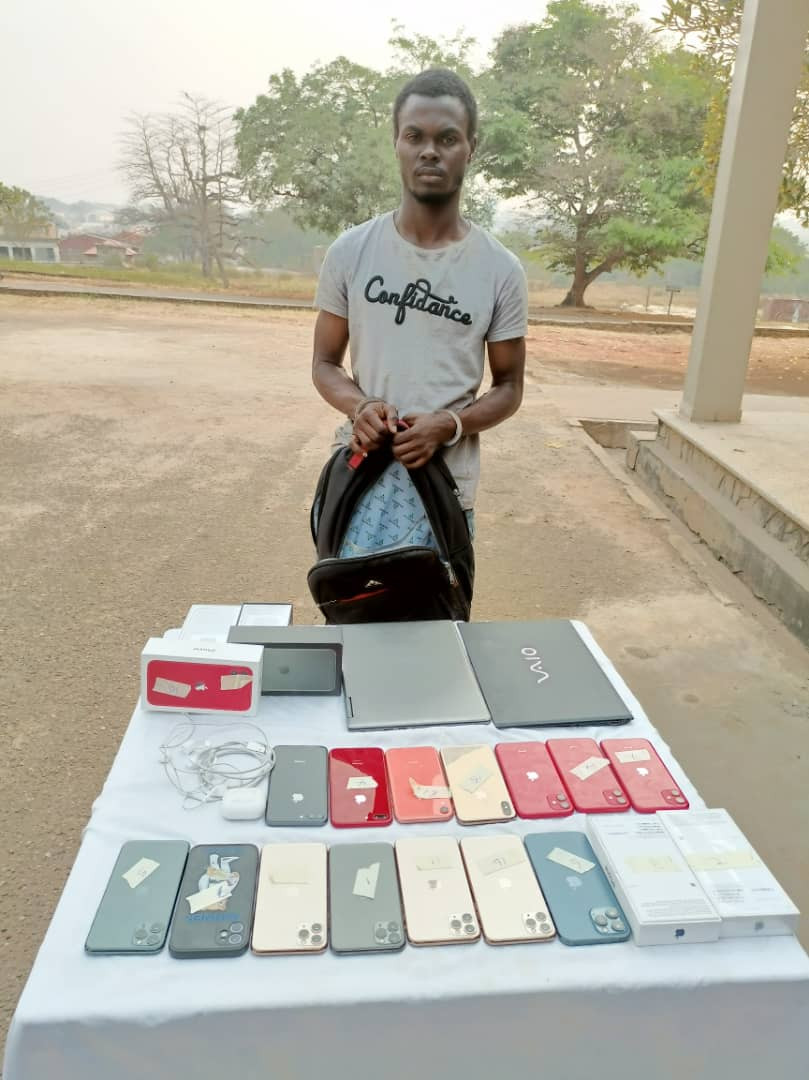 The phone thief
Security operatives have apprehended a serial phone thief in Oyo state.
Operatives attached to Felele Divisional Headquarters of Oyo State Command on Saturday January 22 apprehended 23-year-old Awoola Tobi, pictured above, of Oleyo Ayegun road Ibadan, said to be a habitual burglar in connection with a case of Burglary and Stealing which occurred at about 2000hrs on Thursday 28/12/2021 at Choice Plaza, Challenge area Ibadan were mobile phones and accessories to the tune of about (#2,000,000) two million naira were allegedly stolen.
A statement released by SP Adewale Osifeso, spokesperson of the state police command, said after painstaking and diligent investigations, the suspect was tracked and apprehended in possession of the following items which were hitherto reported stolen.
These recovered items include; (16) Sixteen i-Phones, a white earpiece, one unbranded white-colored earpod, a Sony Vio laptop, one Dell laptop, and a black shuttle bag.
The police spokesperson stated that preliminary investigations and voluntary confessions made by the suspect revealed that he broke into the mobile phone and accessories shop situated at Choice Plaza, Challenge Ibadan, unaided, with the intention of stealing and re-selling the items.
The Oyo State Police Command seeks the cooperation of the good people of the State in providing credible and timely information to help apprehend his accomplices.
Top Stories