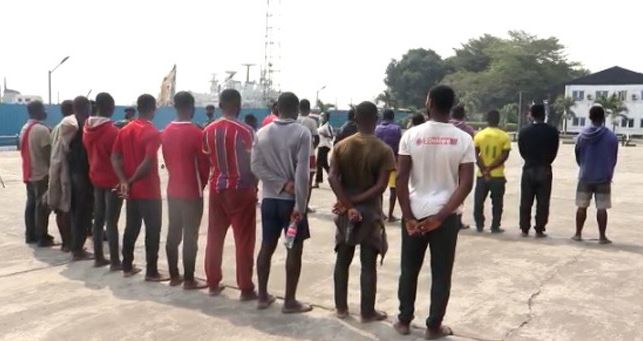 Commander of NNS BEECROFT, Rear Admiral Bashir Mohammed in a statement released by the Information Officer of NNS BEECROFT,  Lieutenant E. Ephraim, said the boat was laden with 268 bags of Cannabis worth over 120 million Naira, 3 drums of AGO each containing 200 litres, and 11 phones. 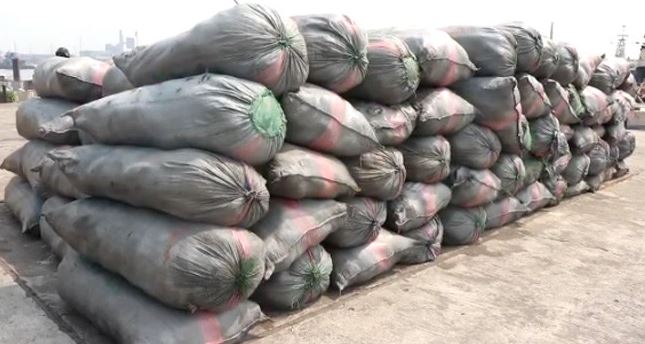 The statement further revealed that the Nigerian Navy Ship (NNS) BEECROFT arrested some foreigners and a wooden boat laden with 261 bags of cannabis, 413 bags of Rice, and petroleum products on January 14, and also arrested seven stowaways onboard MV CHESAPEAKE BAY at Tincan Island jetty, Apapa on Friday 21 January 2022 at about 1000. The arrested suspects said that they boarded the vessel through the rudder compartment of the vessel with the intention to travel to Germany.

Rear Admiral Mohammed disclosed that in the last 4 months, about 81 foreigners have been arrested for various crimes such as smuggling of cocaine, marijuana, rice, and petroleum products.

He further added that the trend of foreigners from neighbouring countries infiltrating Nigeria’s maritime space with contraband is worrisome and the arrest will send a message to criminals of the Nigerian Navy’s resolve of zero-tolerance to illegalities.