The man talks about the recent night attack on the community by suspected armed Fulani herders who set houses ablaze and killed. 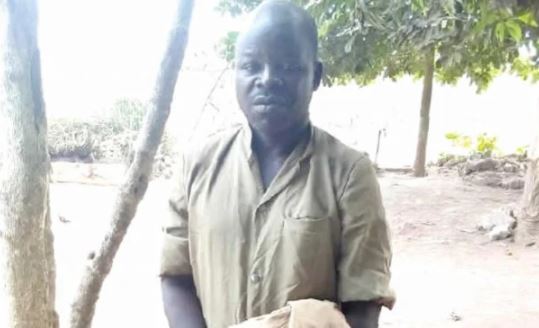 What led to the recent attack on your community by armed Fulani herders?

That day was a Thursday. We were on our way to the farm when we saw a Fulani man, well known in the area as Alhaji, running. He told us there was a fight at Iyana Agbede, Ijaale, Isiabo. He said some of his cows and those of his people had been killed and they were trying to escape with the remaining cows.

He had barely finished speaking with us, when some boys, whose tribe we could not tell and were dressed like vigilantes with red head ties, appeared and passed by us. Shortly after, we began to hear gunshots in the distance. We would later learn that one Fulani had been killed. So, I was called by the Baale to meet with the police so as to know who was killed.

We have been witnessing such clashes between farmers and herders for a long time. It is something that happens every year; we witnessed one last year with many people killed. It happens all the time and it is barbaric.

Your younger brother was reportedly killed during the last incident. How did it happen?

But true to our fear, these Fulani men came late in the night, armed with AK-47 rifles and other weapons. Around 10.30pm, we heard sounds of gunshots and people speaking a strange language we could not understand. They came straight to my house but before they got to where I was sleeping, I managed to escape through the back door of the room and ran into a nearby bush to hide. I saw them setting houses in the village on fire and attacking anyone on sight.

Where was your brother at that time?

We slept in the same house but different in rooms. I had thought that he would have also escaped like I did, but, unfortunately, he was not able to.

What happened to him?

After the Fulani men left, some vigilantes in the village came to my house because they had heard sounds of gunshots and saw smoke coming from my house. I joined them then and we started looking for my younger brother. At first, we couldn’t find him because of the smoke but on the second check, through the window, we found him dead in the room; he was shot dead.

How did you feel when you saw his dead body?

I felt really sad. My brother was only 45 years old. They just killed him and made his children fatherless and turned his wife into a widow. He left 16 children. The eldest is in final year at the Federal College of Education Osiele, Abeokuta.

You said such attack is a regular occurrence. What do you think can be done to bring an end to it?

I will like the government to take a drastic measure to build  a police post in  this  area for security of lives. Even, there is no (telecommunication) network in this area, which is another problem.This is an agrarian community; we have no other job besides farming. But this place has now almost become desolate because the frquents attacks are making our people to flee.

Now that your brother is dead, how is his family faring?