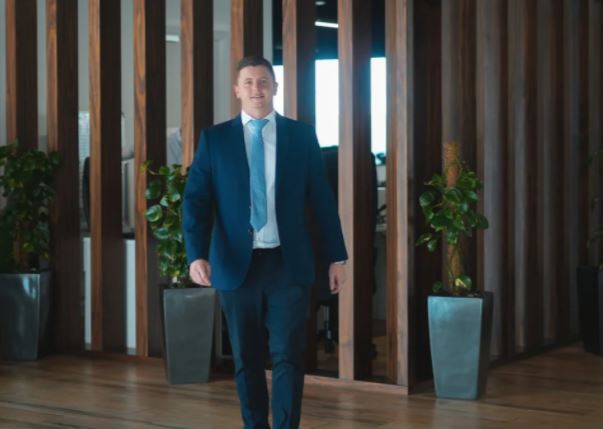 Alfie Nunn, a British former footballer has died while playing in Dubai aged 35 with tributes paid to the talented striker.

The athlete reportedly died after suffering a heart attack while playing football in the United Arab Emirates yesterday afternoon.

The Londoner, who played for a number of clubs in southeast London and Kent, including Fisher FC, Croydon FC, Canterbury City, and Beckenham Town, had moved to Dubai several years ago to work as an estate agent.

A colleague at his firm, Haus&Haus, told The Sun Online he had passed away while playing football on Thursday afternoon.

Tributes have poured in for the striker, who grew up in Rotherhithe, Southwark, southeast London.

Alfie's former physio at Fisher FC, who also play in Rotherhithe, told The Sun Online he was a "great guy, loved by everyone".

In a statement, the club said: "We have been informed that former Fish midfielder Alfie Nunn, who featured regularly during the 2015/16 season, has passed away after suffering a heart attack while playing in Dubai.

"Our thoughts are with Alfie's family and friends at this sad time."

The statement went on: "Alfie... grew up close to our St Paul's ground and played for Bermondsey and Rotherhithe primary schools district side before moving through youth football and appearing for Croydon in the Isthmian League.

"He played under former Fisher manager Dean Harrison at Stansfeld and then Beckenham Town before again joining up with Dean by moving to Fisher in 2015 after short spells at Whitstable Town and Erith & Belvedere.

"Alfie made 21 appearances for the Fish that season, before departing for a spell at Canterbury City."

His former coach at Croydon FC Kris Hollidge tweeted: "This has done me today, what a guy. Rest in peace Alfie, always smiling always bantering.

"Was a pleasure to play on the same side as he came through as an 18-year-old at Croydon FC and against him many a time for various clubs."

Friend Bobby Holley tweeted: "RIP mate, so shocked to hear you passing. I had the pleasure to play football with and against you, sending my love to you and your family."

Another footballer Peter Parry tweeted: "Terrible shame Alfie was a former teammate of mine and a lovely fella."

Steven Springett wrote on Twitter: "Great little player and always a pain to play against. May he rest easy."

Rob Curtis wrote: "In football there's some people you instantly click with. Alf was one of them for me. Shared plenty of laughs. A proper good bloke. RIP."

"Nunny was some player, but most of all what a diamond of a man he was. RIP Nunny," another Twitter user wrote.

Two of Alfie's former clubs, Stansfeld FC and Fisher FC, are scheduled to play each other in the Southern Counties East Football League Challenge Cup next Tuesday on February 1.

In a statement, Stansfeld FC said a minute's silence will be held before the game at their Foxbury Avenue stadium in Chislehurst, southeast London.

A spokesperson for the Foreign and Commonwealth Office told The Sun Online: "We are supporting the family of a British man who has died in Dubai."