The popular online comedian opens about his life as he talks about his career, childhood, and other issues. 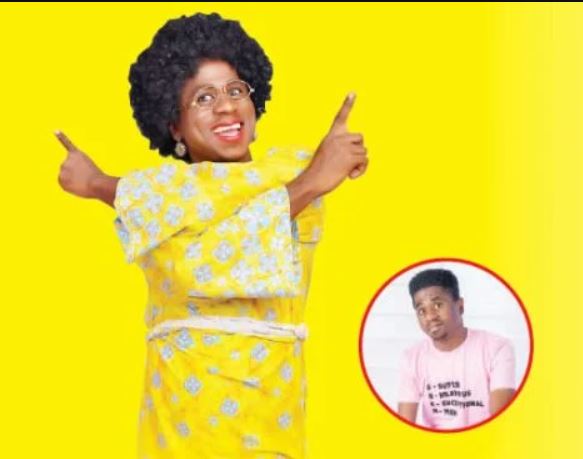 Ayodele Aguda, the online comedian and content creator, popularly known as Mama Shem, tells ABIODUN SANUSI about his career, childhood and other issues

Tell us about your background?

People call me Shem, Mama Shem or MC Shem. I am a comedian, actor and businessman. I run a studio in Lagos, where we produce entertainment content.

In the process of building your brand, have you ever been frustrated?

That is one of the challenges that come with building a brand. One would not feel like it every time. A lot of times, I have been frustrated with the job— from staffing to post-production, but I have come to accept that they are hurdles that will be crossed. Some people usually assume that content creators or comedians always have a passion for the job, hence they shoot because they have a passion for it, but that is not always true. Most time, we go out to shoot because we need to put something out there for people to watch and get paid in return. In my case, I have members of staffs whose salaries I need to pay. I often tell people that on days that you do not have the passion to do it, use stubbornness.

Is there any experience from childhood that has shaped your life as an adult?

Yes, a lot actually. I was not born with a silver spoon in my mouth. I was actually born with a plastic spoon. There were a lot of experiences from my childhood that have changed my life. The kind of family I grew up in and the state of things during my childhood hit me really hard. We all had to stay in one room. At some point, a cousin joined us and we became seven persons living in the room.

My mom, a very strict woman from Edo State shaped my background. Even when I was in the university, I used to imagine what my mum would do to me if I misbehaved and that made me not to do anything bad. The hardship I experienced as a child made me to become resolute in doing more and rewriting my life’s journey.

When did you start comedy and content creation full-time?

I have a picture of myself when I was eight years old holding a microphone and people were laughing. I started by acting drama and whenever I was on stage, people used to laugh. When I got to school, I took it more seriously. I performed at different departments, fellowships and other functions on campus. I can’t really tell when I took it full-time but I took it more seriously after school. I have never had to look for a job. I have done this all my life.

What spurred you into doing comedy skits?

My first love is acting. In a bit to pursue that, I had to go from one audition to the other. At some point, I realised that the system isn’t as structured as I thought and one would need a certain level of connection. I had a few roles in some TV series but I wanted more. I had to talk to myself that I needed to create my own platform. On weekdays, when I did not have events, I used to create content. I started with an Infinix phone which I used to shoot, edit and post my videos till I bought my own camera.

When did you notice you had a flair for comedy?

That was when I started watching stand-up comedies, both local and foreign. I saw how one person could set the mood of an entire audience of people. I felt there was a lot frustration out there and I could do my bit by making people happy.

Why do you act like a woman in most of your skits?

One’s brand is really important and most times, for one to stand out, one has to brand oneself in a unique way. One of the ways I wanted to brand myself was having a character that I could personally relate to. The easiest for me was my mum, a typical Edo woman, and the way she raised us. For example, one could tell one’s mum, “Oh mummy, somebody beat me outside” and one’s mum would still beat one; that why did you let somebody beat you. Or one’s mum could be going out and she would decide to beat one. When one asks her why she did that, she would say, “I’m just beating you in case you do something bad when I leave the house”.

I started with that but I have been able to do a lot of other productions that people don’t even know I am the brain behind.

As a creative artist, what thought process do you undergo before shooting skits?

It starts with conceptualisation. The idea is key. One has to think of ideas and when one finally has the idea, one has to process it, script it and bring out the comedy in it. Then, one will have to choose the cast  by deciding who can play each character best. After that, one would have to decide on the location, the crew, before one eventually goes off to shoot it.

There is a process one must undergo before shooting skits. It is not as easy as the audience assumes. One could shoot a skit for two to three days and people would just watch it in five or ten minutes without them having an idea of what really went into making it.

Do you recall the particular skit that brought you to the limelight?

Honestly, I have not seen one person who can point to one particular skit that really made them know me per se. In my case, I didn’t ‘blow’ like people say or like some people had it. My consistent effort over the years is what has kept me going. I have been able to amass a following of three million on Facebook, over four million on TikTok, 600,000 on YouTube and over 200,000 on Instagram.

Has any skit ever got you into trouble?

No skit has ever put me in trouble. I try to avoid controversial content. Moreso, my skits are family-friendly. My contents can be consumed by the general public regardless of age, social or religious orientation. As much as I want to make people laugh, morals in my skits are very important to me. I have had an instance where I posted a skit that was sensitive to a particular segment of people and when I realised it, I took it down from my page.

Do you intend to feature popular or veteran actors in your skits?

I have done so in the past and I have the intention of doing more in the future. However, that is not a primary goal for me. I believe one can grow one’s brand without undue attachments and dependency. If there is a need for more collaboration in the future where I need to use veterans, of course, I would do that.

What schools did you attend?

For my elementary education, I attended Ojodu Primary School, Lagos. I was at Omole Grammar School for my secondary education. I then proceeded to the Adekunle Ajasin University, Ondo State. I later enrolled for a Master’s degree in Sociology at the University of Lagos but I had to put it on hold to face comedy.

Do you have plans to go into Nollywood?

I have plans to produce movies in the future. However, I would say that my dreams are bigger than Nollywood.

Aside from being a skit maker, what other things do you do?

All I do for a living is being a skit maker. I know it is hard for many people to believe but I do not sell anything. All I do is make content for a living. I recently started getting invitations from social and corporate bodies to teach and educate them on how to successfully create content on social media, and I get paid for it.

How do you make money from your skits?

I make money through advertisements on different platforms I post on. Companies and individuals also reach out to me directly for advertisements.