The operation was ordered by the Inspector General of Police to fight the rising criminal activities in the North-West geopolitical region. 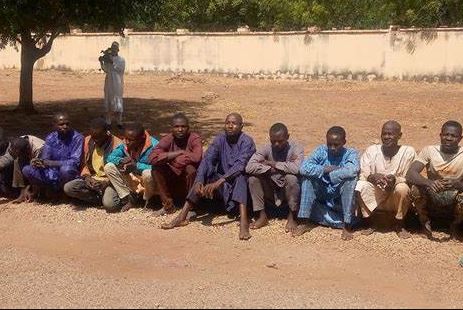 Twenty-three suspected terrorists have been neutralised and 37 others arrested by the Nigeria Police Force in three local government areas of Sokoto State.

Noting that the feat was recorded during a police special operation to fight banditry codenamed Operation Sahara Storm, Zaki added that the exercise was carried out in Illela, Goronyo and Rabba local government areas of the state where bandits and other criminals have made life unbearable to residents in the areas.

Over 150 cows were recovered, alongside 40 cartoons of hard drugs, assorted charms, solar battery chargers with other equipment aiding the operations of the suspected criminals.

The DIG said the operation was ordered by the Inspector General of Police to fight the rising criminal activities in the North-West geopolitical region.

One of the suspects arrested, Musa Kamarawa told journalists that he has been working with bandits in the last four years. He said he collected the sum of N28 million to purchase a gun truck from neighbouring Benin Republic.