The directive was given to allow other judges to attend to other cases slated for their respective courts. 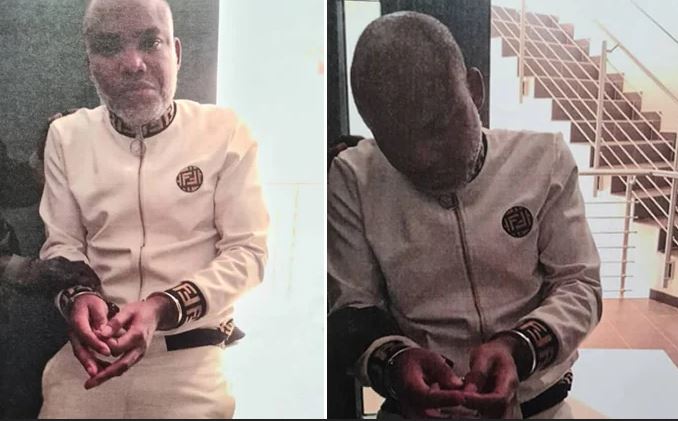 According to SaharaReporters, the trial of Nnamdi Kanu, leader of the Indigenous People of Biafra would continue today, Wednesday before Justice Binta Nyako of the Federal High Court in Abuja.

Unlike previous sittings with huge security presence, SaharaReporters observed that security was relaxed around the court premises.

This is in adherence to the order given by Justice Nyako that the operatives of the Department of the State Services, DSS, should not take over the security arrangement of the court on February 16 until 12pm when Kanu's trial would kick off.

The directive was given to allow other judges to attend to other cases slated for their respective courts.

Justice Nyako affirmed that trials of other cases had been aborted and they were made to suffer unnecessary adjournments each time Kanu’s trial took place due to heavy security presence and blockade of roads leading to the court.

The judge shifted the terrorism trial till 1pm on Wednesday, February 16, to ensure that other cases were accommodated before the commencement of Kanu’s trial.

Justice Binta told the DSS Director of Legal Services to convey the court’s decision to the highest authorities of the service for implementation in the interest of justice to other litigants.

A 15-count terrorism charge was slammed on Nnamdi Kanu by the Federal Government.

He pleaded not guilty to the charges and asked the court to discharge and acquit him without standing trial because the charges were incurably defective and not worth being defended.

Kanu had last Tuesday filed a preliminary objection challenging the competence of the new charge as well as the jurisdiction of the court to hear the matter.

According to the defendant, the fresh charge preferred against him were baseless, worthless, defective and could not stand the test of the law hence, should be dismissed.

Kanu made the submission through his lead counsel, Mike Ozekhome, SAN, shortly after his re-arraignment and his not guilty plea.