The suspect was arrested after he tried to escape after the attack. 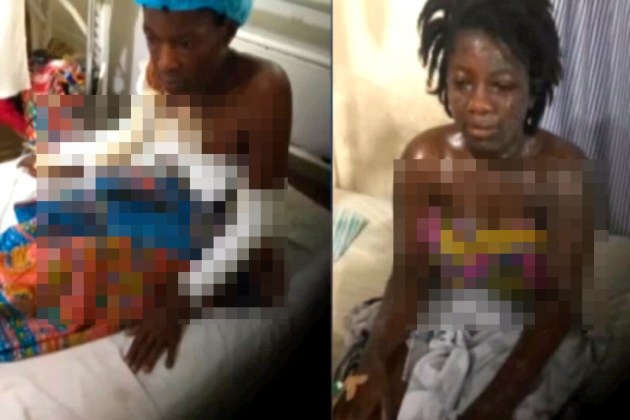 A 54-year-old Man has been arrested for attacking his 18-year-old lover and her mother with acid.
It was gathered the incident happened after the lady and her mother reported him to the police after he leaked her s#x tape.
The reason he leaked the young lady’s s#x tapes is not known but his action got the lady and her mother upset and they lodged a complaint at the Koforidua Police Station where he was made to pay a sum of 1,000 cedi at Koforidua court A in Ghana for damages and another 1,000 cedi as charges.
This did not go down well with the Sugar-Daddy and he attacked the mother and daughter with acid shortly after they finished taking their baths.
The victims were then rushed to the hospital where they are receiving treatment. The suspect was arrested after he tried to escape after the attack.
Watch video below:
Top Stories