David was said to have asked women and youths in the community to invest their money in the online networking business of the organization with the promise that they will make profits every month, to be determined by their investment capital. 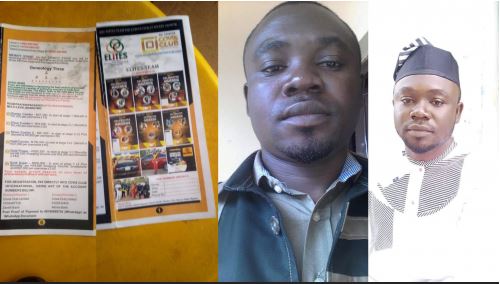 An exclusive report by SaharaReporters has uncovered how David Namstav Shirsha, a former Supervisory Councillor in the Ushongo Local Government Area of Benue State, defrauded widows and youths in the community, using an online networking business, ‘Covis Club International'.

David was said to have asked women and youths in the community to invest their money in the online networking business of the organisation with the promise that they will make profits every month, to be determined by their investment capital.

SaharaReporters gathered that about 35 persons were affected.

It was learnt that some of the investors registered with N50,000 with a promise that they would get N10,000 as profit every month. However, some others were said to have lost as much as N3 million to N5 million.

The victims include widows and youths, who were invested in the scheme to make ends meet.

One of the victims, Agena Robert Ande who hails from the Ushongo Local Government Area of Benue State, was defrauded of the sum of N500,000 after being invited by David to a Covis Club International meeting held at Midland Plaza, Mararaba in the Federal Capital Territory (FCT).

Ande said he lost interest upon realising that it was a networking business but David insisted that he should invest in it, promising to make him one of the beneficiaries of three Hyundai vehicles to be given out.

According to Ande, he was introduced to the business on March 30, 2021 when David came to his house alongside one of his girlfriends, Emmanuella Akperan, to explain the process to him.

He was told that if he could convince his friends and family members to join the business, his profit and turnover would increase. He said he initially and told them that he was not interested in networking business.

Ande said, "He (David) introduced the business and explained to me how it works and he insisted that I should join and commit my friends and family members too, that the gains and turnover would be higher. I rebuked him and told him in clear terms that I could not do an online networking business.

"He then said I should lend him the sum of N500,000 to open another account with Covis Club under his team of pyramid/department called the ELITES, to enable the club see reasons to hasten the provision of three Hyundai vehicles they were expecting in three months’ time.

"He promised that I was going to benefit directly from one of the vehicles hence the account he was creating with my money was going to be the highest paid and qualified so far.

"I told him I would have nothing to do with an online business of this nature. I would send the sum of N500,000 directly to his account based on the fact that he was a Supervisory Councillor in my local government during the tenure of Governor Gabriel Suswam of Benue State."

Findings revealed that David relocated from the community and disappeared into the thin air shortly after the sum of N500,000 was transferred into his account.

His mobile phone could not be reached and all efforts to locate him proved futile.

It was also learnt that he printed flyers different from the official flyers of the company, which he was using to manipulate his unsuspecting victims to register and invest in the scheme.

He was also able to win the trust of many people because of his father, who is said to be a notable politician in the area.

Another victim, Fidel Imyon who lost N55,000 said he was promised returns on what he thought was an investment.

Imyon said, "I was told that registration for the second stage for me to start earning profits is N55,000. I did it and I was expecting my payment at the end of the month but I did not get any payment. I called them and they said I should be patient.

“One day I got N10,000 and after one month I called them again but they did not answer again.”

The fraud has left many people in Gboko and Ushongo in a state of despair as the chances of getting their money refunded are slim.

The victims said they have formally reported the matter at the police station in the area but that there has been no meaningful progress on the case so far.