On getting to the hotel, the lady could not hold herself together as she purged all night from the combinations of food she had. 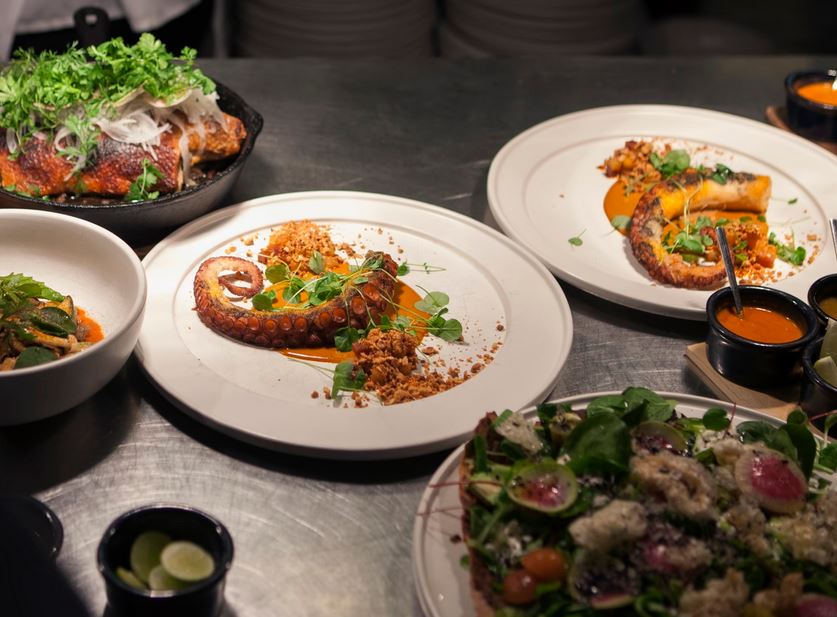 A man took to social media to share his experience with a lady he went on a date with on Valentine’s Day.

According to the narration of the young man who treated his lady to a luxury dinner for the season of love, was met with shock on how his date ordered countless dishes without holding back.

As if that was not enough, on getting to the hotel, the lady could not hold herself together as she purged all night from the combinations of food she had.

Read the narration below …

“I went on a date with a girl on Val. We got to the restaurant and the first thing she ordered was 30k worth of steak and wine while I ordered just spaghetti with turkey of just 11k. That was the beginning of my regret for bringing her to a fancy restaurant. Although I was smiling, I was looking at her with so much di$gust while she was tearing the meat. She finished it and asked if she could taste my spag, I agreed.

She liked it and called the waiter to bring her what I ordered with an extra drink of 7k. I wanted to pay and leave immediately but she said we should wait to talk a little. In the middle of the conversation, she said she wanted something to snack on so she bought 15k small chops with another 7k drink. We finished eating and she ordered takeaway even though we were going to a hotel. We got to the hotel and couldn’t even do anything because she was purging like a leaking pipe all through the night.” 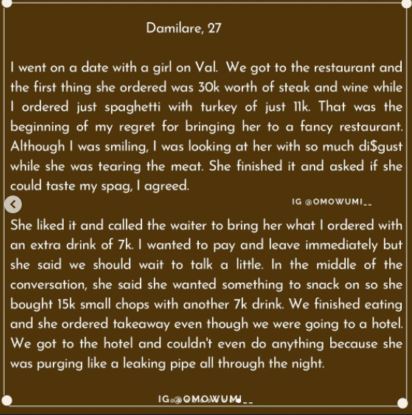