When asked if the number of evacuees was about 2,000, and when the evacuation would take place, he said, “Wednesday hopefully…Air Peace and Max Air.” 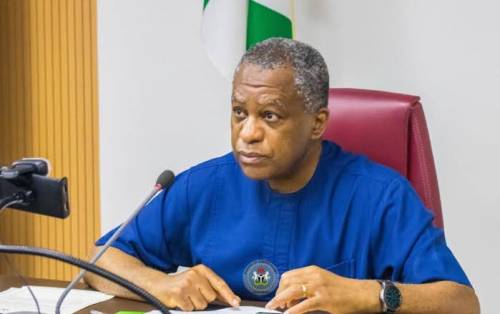 The Nigerian Government will from Wednesday begin the evacuation of about 2,000 Nigerians who have fled the war in Ukraine to neighbouring countries, according to The PUNCH.

The Minister of Foreign Affairs, Geoffrey Onyeama, who disclosed this in an interview on a Channels Television’s ‘Politics Today’ programme, revealed the President, Major General Muhammadu Buhari (retd.), had approved funds for the airlines to evacuate Nigerians.

When asked if the number of evacuees was about 2,000, and when the evacuation would take place, he said, “Wednesday hopefully…Air Peace and Max Air.”

He  said there were about 8,000 Nigerians in Ukraine, 5,000 of whom were students, adding that the Federal Government had tipped Air Peace and Air Max to airlift the Nigerians who wanted to be evacuated.

Earlier, Onyeama  while briefing the House of Representatives on the evacuation efforts, he stated, “We made Romania the hub and over a thousand Nigerians have crossed there. Poland has about 250, Budapest in Hungary has a similar number, Slovakia is rising rapidly. It is also around 200. There are some Nigerians in a place called Sumy close to the Russian border.

“I have been in touch with the ambassador. There are about 150 of them who are looking to cross into Russia and we have asked the ambassador in Russia to try and get a permit for them to transit to Russia and hopefully by Wednesday we will start deploying planes to start bringing the Nigerians,” the minister said.

Onyeama argued that it was not the sole duty of the Federal Government to evacuate Nigerians that were stranded abroad because this was not the global practice. He said people who use their own money to travel abroad ought to be able to return home by themselves.

He recalled that last year, some Nigerians who willingly travelled to Russia for the World Cup but were unable to return home after exhausting their money.

The minister revealed that Buhari approved a flight to bring them back home.

Onyeama disclosed that family members of Nigerians diplomats in Ukraine had been taken out of the country, adding that the diplomats would also be evacuated soon.

He also stated that about four to five aircraft had been secured to airlift Nigerians from the Ukrainian neighbours.

He said no one could have known that Vladmir Putin would order his military to invade Ukraine barely days after he said he had withdrawn them from the border.

Meanwhile, the leadership of the House of Representatives met with Onyeama, on Monday.

Speaker of the House, Femi Gbajabiamila, in his opening remarks, while noting that he was aware that the Nigerian Government was making efforts to rescue citizens from Ukraine, said there were reports that Nigerians are facing difficulty with exiting the country for the neighbouring countries.

Gbajabiamila also disclosed that the House was already in talks with a Nigerian airline, Air Peace, in its efforts to evacuate Nigerians from Ukraine.

He said, “For the House, one day is a day too long in terms of delay. We just want to hear from you and see if we can keep this thing moving. The Leader of the House (Alhassan Ado-Doguwa), together with the Foreign Affairs Committee Chairman (Yakub Buba), to also follow up; and if need be, get on the plane just to basically supervise and make sure that our citizens who we represent – irrespective of what anybody says out there; who are calling us (in the) morning, afternoon, night.

“This will be a kind of morale booster; to let them know that they have not been forgotten…to go with you (and see) if we can quickly address this situation and get the planes out there and make sure that our students – our citizens – are brought back.

“They (Ado-Doguwa and Buba) are still here. As of the time when the House made that resolution, it was shortly after that that we found out that Ukraine’s airports had been closed. But I believe the border states – Poland and the rest of them…their borders are open. Visas have been obtained, from what I heard, or they have been given automatic (humanitarian) visas.”

Responding, Onyeama agreed with Gbajabiamila that “this is a whole-of-government issue.” According to him, the government is concerned like every Nigerian.

The minister said in part, “I will say that 80 to 90 per cent of peoples and countries did not believe that the Russians could invade (Ukraine). We were in touch with our Ambassador there. I was on the phone with him almost every day. I said to him, ‘Should we start evacuating?’ He said, ‘No, everything is perfectly calm. Life is going on as normal and there is no need to panic and start evacuating.’

“Some days later, I would go back to him almost every day and there was a BBC programme where they interviewed Nigerian students; the students said that everything was normal in Kiev and other parts (of Ukraine) and they did not even know that there was a problem. That was the situation.

The minister said when Russia moved into Ukraine and attacked the country, “it took everybody by surprise.” He added that the first thing he did was to get in touch with the Nigerian Ambassador and the Nigerians in Ukraine, while a hotline was set up with the Nigerian Embassy.

Onyeama also disclosed that the Nigerian Government was in touch with the Ukrainian authorities with the hope of going into the country immediately and start evacuating Nigerians. “But of course, the Russians attacked some airfields and the airspace was closed. That was not an option at all,” he stated.

According to the minister, the Nigerian Embassy “did very well; they really did extremely well.”

Onyeama also noted that both Ukrainians and non-citizens, including Nigerians, started moving towards the borders after the attack.

He said, “There are about 5,600 Nigerians there and maybe a total of about 8,000 Nigerians in Ukraine. Because there are a number of borders around Ukraine; Ukraine is the second largest country geographically and in land mass, in Europe; so it is a big country.”

Onyeama further disclosed that the ambassadors of the countries bordering Ukraine had been ordered to send officials to the borders to receive migrating Nigerians, noting that the Nigerians who were resident in the neighbouring countries had been helpful in receiving their countrymen.

“As you rightly said, we were in touch with the Chairman of Air Peace. At the time, he indicated that he had two planes (Boeing) 777 and an Airbus ready to go and I asked him if he would like to go today – Monday. But of course, we had to see Mr. President very quickly.

“Last week, I went and saw him (together) with the Chief of Staff (Ibrahim Gambari) and he approved that we should go ahead with an airlift. So, we negotiated with Air Peace and asked the ambassadors in those countries to give us an exact figure or at least an approximate figure of Nigerians who have made it to their respective countries, so we could decide on how to go and pick them up.

“The latest we heard was that Monday would not be feasible. So, we have tentatively fixed Wednesday. The idea is Romania; it is going to be the hub and there are about a thousand already that we have estimated to pick up from Romania; then, we have Slovakia with about 200; Poland also about 250; and Hungary with the same figure. But about 150 wanting to go through Russia, we have asked the ambassador to get a permit for them.”