News about the boys being sacked broke out yesterday which generated sympathy from lots of Nigerians. 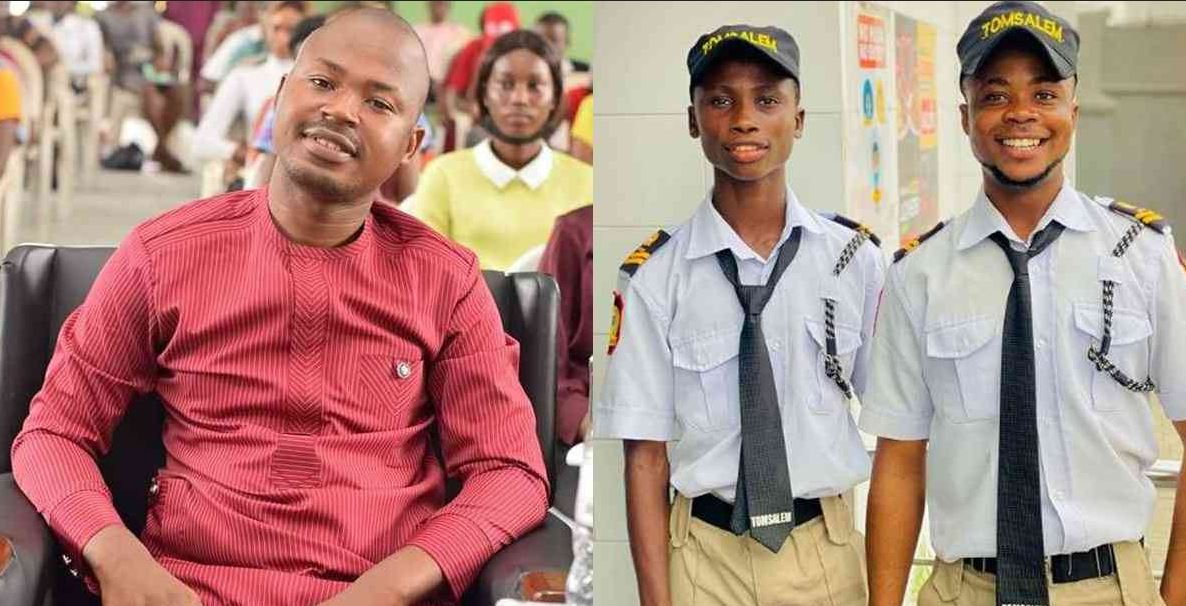 The security personnel dismissed by Chicken Republic fast food for dancing on duty have been offered jobs by the Special Assistant to the Delta State Governor, Ossai Ovie Success.

News about the boys being sacked broke out yesterday which generated sympathy from lots of Nigerians.

However, it seems their sack is gradually turning out to be a pathway to greater heights as they hit over 70k followers in a few hours.

Also, a more decent job is currently at their doorstep waiting for them to jump on it.

Captioning the post, the S.A to the Governor wrote:

“I have a job for them at Delta First Media

I heard they were sacked by Chicken Republic fast food because they were dancing on duty.

We are leaving in an era of social media and those guys should be appreciated by Chicken Republic fast food for free promotion not sack .

Please if you can reach them, tell them I have a Job for them at Delta First Media Asaba. 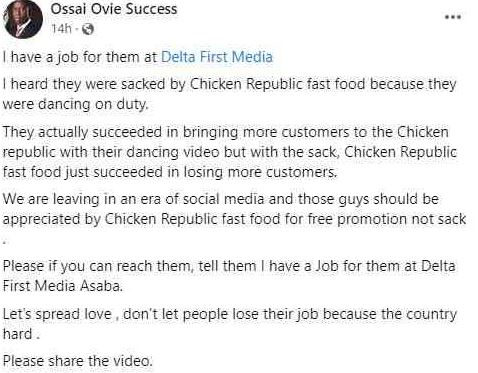