The teacher was found by first responders sitting on the ground against the wall and appearing to be in a faint state after the attack. 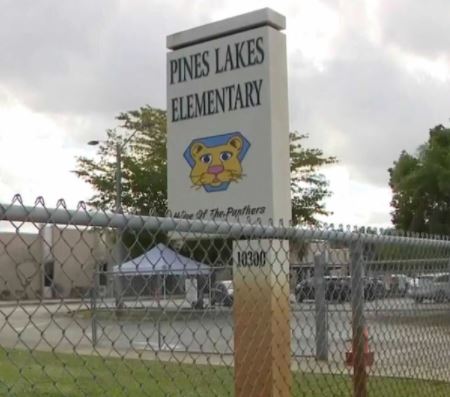 A 5-year-old student reportedly attacked a teacher in South Florida which led to the teacher being put on a stretcher by paramedics and taken to the hospital.

The teacher was found by first responders "sitting on the ground against the wall" and "appearing to be in a faint state" at Pines Lakes Elementary School, about 15 miles southwest of downtown Fort Lauderdale, according to a Pembroke Pines Police Department incident report.

The victim was "clearly weak and dazed," able to "blink and breathe regularly but at no point was able to vocally respond or show signs of a response," the report said.

The victim, in her late 30s or early 40s, is about 5-foot-4 with a slender frame, Broward Teachers Union President Anna Fusco told NBC News on Monday, March 7.

The incident started when a 5-year-old boy was removed from class for "throwing things around" and "flipping the chairs," police said.

The boy was taken to an empty "cool down" room, where the attack on the teacher took place, police said.

The teacher was taken to Memorial Regional Hospital in Hollywood and has since been released, officials said.

While the young suspect is still being investigated for possible "aggravated assault with hands, fist and feet," it's unlikely he'll be criminally prosecuted, a police spokesman told NBC News on Monday.