No Policeman Died In My Convoy – Fashola 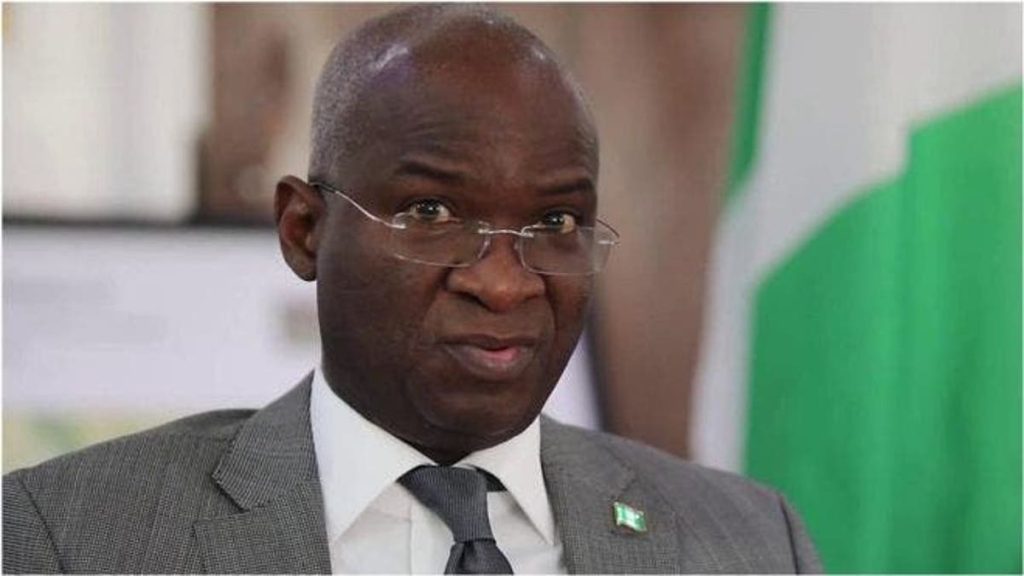 Minister of Works and Housing, Babatunde Fashola has stated that no policeman died in his convoy.
He made the disclosure through his  Special Adviser on Communications, Hakeem Bello on Wednesday night.
The aide said there was no “fatal crash” during Tuesday’s inspection of the Second Niger by a Federal Government Team led by the Chief of Staff to the President, Prof Ibrahim Gambari.
The team comprised Fashola, Labour Minister Chris Ngige and Managing Director, Nigeria Sovereign Investment Authority (NSIA), Uche Orji.
Bello noted that on arrival at the Asaba Airport in Delta, they visited the Interchange, along Owerri-Onitsha Road and the East approach to the Bridge in Onitsha, and walked across to the West approach.
He said after a media briefing, Gambari was conducted to the West approach at Asaba and the Toll Plaza of the Bridge before returning to Abuja.
“It was discovered much later that one of the vehicles in the Team of the Commissioner of Police from Anambra State had a mishap during which two policemen sustained injuries.
“It was confirmed from the Nigeria Police, Anambra State Command that they were treated at the Federal Medical Centre Asaba and had since been discharged,” he said.
Fashola, however, expressed deep sympathies over the two injured men of the Anambra Police Command.
Top Stories