This is as he urged Governor David Umahi to immediately vacate office along with his deputy, according to a report by NAN. 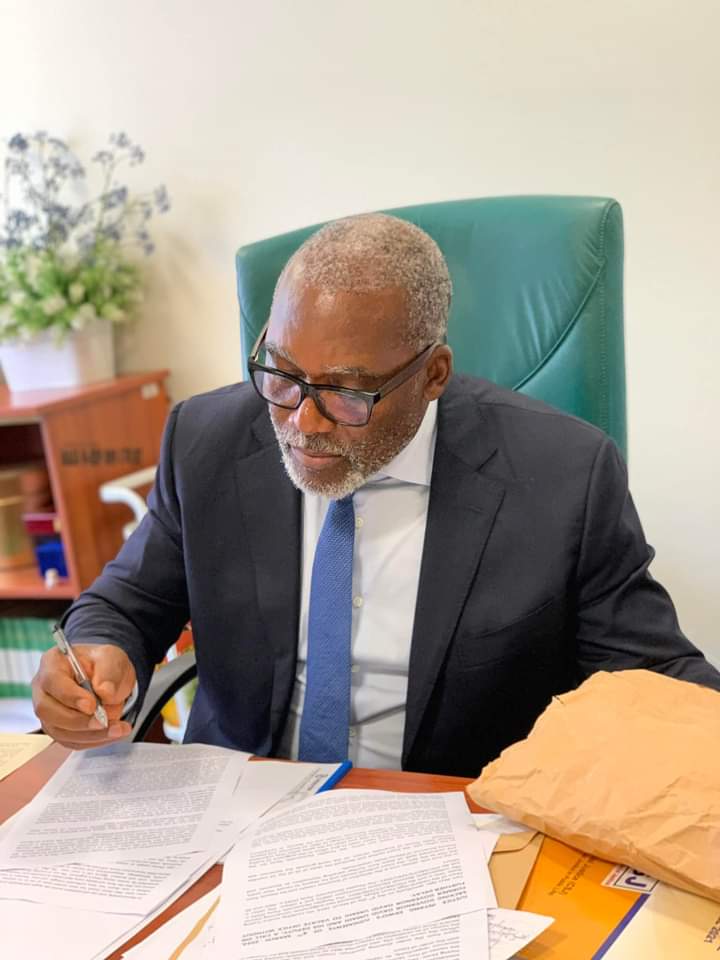 Rep. Iduma Igariwey
Peoples Democratic Party (PDP) nominee for Ebonyi governorship seat, Rep. Iduma Igariwey has declared himself the governor of the state.
This is as he urged Governor David Umahi to immediately vacate office along with his deputy, according to a report by NAN.
This followed the March 8 judgment of Justice Inyang Ekwo of the Federal High Court, Abuja, which sacked  Umahi and his deputy for defecting from the PDP to the All Progressives Congress (APC).
Speaking on Thursday in Abuja while reacting to the court judgment, Igariwey said that in the eye of the law he and Udogu are the recognised governor and deputy governor respectively, with effect from March 8.
He said from the clear and unambiguous order made by Justice Ekwo, it was an incontrovertible fact that Umahi ceased to be the governor of Ebonyi on March 8.
He, however, said that two days after the judgment, Umahi and his deputy were still parading themselves as if they still occupied those offices.
“This is to say the very least is contemptuous of a clear order of a court of competent jurisdiction. We recognise the fact that former Gov. Umahi has a right of appeal.
“However, until the entire appeal process is exhausted, and in the absence of any order staying the operation of justice Ekwo’s judgment, Mr Umahi remains sacked.
NAN reports that Umahi has, however, appealed the judgment that sacked him and his deputy from office.
Reacting to Igariwey‘s claim, however, Mr Kayode Ajulo, a  constitutional lawyer, however, faulted it saying that since the defendant had appealed the case, there would be a stay of execution and the status quo ante maintained.
According to him, the doctrine of “Lis pendens“ operates to the effect that nothing relating to the subject matter of a suit can be changed while the suit is pending.
“An appeal has been filed, the PDP must exercise restraint pending the outcome of the appeal,” he said.
He said that since the governor had appealed the case, which usually constituted a stay of execution, parties must await the final determination of the appeal.
He said that INEC must also tarry over executing the order of the High Court pending the outcome of the appeal.
Top Stories