Obaseki Is Not Leaving, We Have Captured Him So PDP Can Be United - PDP's National Chairman, Iyocha Ayu


At a reconciliatory rally in Benin on Thursday March 10, Ayu noted that the party lost Edo state in 2008 because of the infighting between the camp of Late Tony Anenih and Lucky Igbinedion camps. 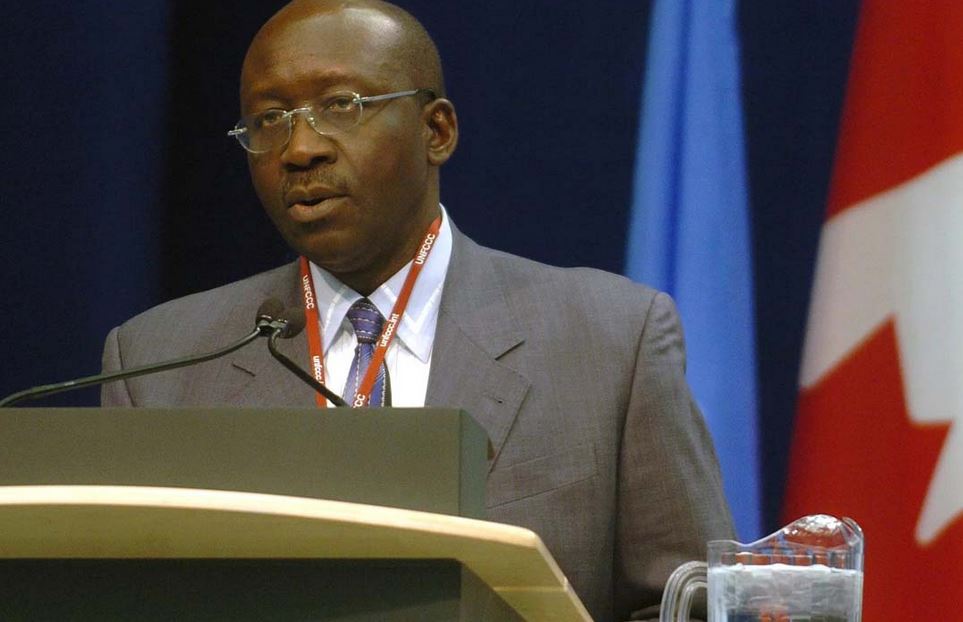 Sen. Iyocha Ayu, the National Chairman of the Peoples Democratic Party (PDP), has said that Governor Godwin Obaseki of Edo State is never the party.

Obasaki who defected from the All Progressives Congress (APC) to PDP during the height of his faceoff with Comrade Adams Oshiomhole, former Chairman of the APC, has been having issues with some PDP leaders in Edo.

At a reconciliatory rally in Benin on Thursday March 10, Ayu noted that the party lost Edo state in 2008 because of the infighting between the camp of Late Tony Anenih and Lucky Igbinedion camps.

He also stated that good results won't be gotten if the leadership is divided. Ayu said;

“The party will set up a team to resolve the crisis and we will ensure that the governor does not leave.

“Obaseki is not going any where, we have captured him and through him we are going to unite PDP. Let no one deceive you, Obaseki is not leaving PDP. Nigerians will see how we will receive all those from other parties. In 2023, we shall be back in power.

“Edo people should learn from my own state, Benue. If you fight, you will lose the election. I am going to bring a team that will settle the issue in Edo.

“I have been working from behind, I am happy that the Deputy Governor, Shaibu said the truth that the leadership of the party in the state is not working. We are very close to solve the crisis in Edo.

“Once the leadership is divided, you won’t get a good result. All our emphasis is on unity. We cannot talk about taking over power in 2023 if our state leadership is not on good terms”.

Obaseki on his own part, said Edo will support the PDP to claim the presidency as it is the only party that can rescue the country.

“The only issue that can stop us is the small quarrel in Edo PDP; once you can solve the quarrel in Edo and other states, we will take over power in 2023”