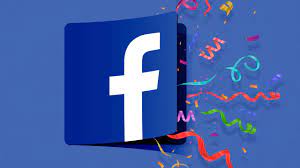 Facebook and Instagram users will have the freedom to call for violence against Vladimir Putin and Russian soldiers.
The option will be made available in some countries, BBC has reported.
Meta says it has temporarily made allowances for some violent speech, like "death to the Russian invaders," that would usually break its rules.
However, it says it won't permit calls for violence against Russian civilians.
In response, Russia called on the US to stop the social media giant's "extremist activities".
The announcement came after Reuters news agency said it had seen internal emails outlining the policy shift.
"In light of the ongoing invasion of Ukraine, we made a temporary exception for those affected by the war, to express violent sentiments toward invading armed forces," a Meta spokesperson told the BBC.
Under the amended policy, users in countries including Russia, Ukraine and Poland will also be able to call for the deaths of Russia's President Putin and Belarusian President Lukashenko.
The emails reportedly said calls for the leaders' deaths will be allowed unless they contain other targets, or included a location or methods.
Calls for violence against Russians are also allowed when the post is clearly references the invasion of Ukraine, the emails reportedly said.
"We demand that US authorities stop the extremist activities of Meta, take measures to bring the perpetrators to justice," Russia's embassy in the US tweeted.
"Users of Facebook & Instagram did not give the owners of these platforms the right to determine the criteria of truth and pit nations against each other," it added.
Top Stories