Portable who also described Yusuf as a cultist revealed that he also threatened to exterminate him in 7 days. 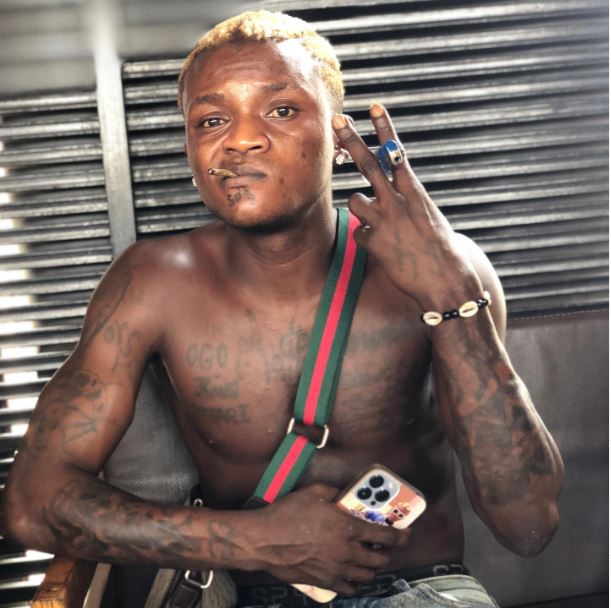 Habeeb Okikiola, the fast-rising star, better known as Portable is in the middle of another controversy yet again after he reportedly got manhandled by some area boys and his cars destroyed on his birthday yesterday.

The singer taking to Instagram in a series of videos has accused his former record label boss, Ijoba Owode Yusuf of sending area boys to attack him with the aim of extorting money from him.

Portable who also described Yusuf as a cultist revealed that he also threatened to exterminate him in 7 days.

However, the Zazu Zeh star seems equal to the task as he has vowed to strike back aggressively if being pushed to the wall.

He said: “Yesterday was my Birthday and I went to the Trenches in Sango to celebrate but I was Attacked by Boys loyal to my former boss Ijoba Owode Yusuf In Sango and they destroyed my 2 Cars, some years ago my ex boss set me up and accused me of stealing an iPhone with keke, now he is trying to extort money from me, Dear Ex boss I have money now and I am popular, and if you try me you Go Collect, Report yourself to The Police Station right now, or else no Bike will be allowed to work in Sango”

“They have spoilt all my Cars, My Exboss Owode Yusuf who signed me to a Fake Record label last year is Threatening my life, he has giving me 7 days to leave this earth, after he signed me i trended him and Helped him to make over N100million that he used to build house in Lekki but me I didn’t gain anything, so I said i wanted to leave the record deal only for my Ex boss Mr Yusuf to set me up, and say I stole an iPhone with Keke, a Phone which he was the one who bought it for me”

“I am a cultist, it was my Ex Record Label Boss Mr Yusuf that Bam me into Cult, with Fake promises of wealth and Fame, he promised me that he will take me to Pasuma and other Popular Musicians, but My Ex Boss Mr Yusuf who is the leader of Agberos in Sango deceived me, All the Promises turned out to be fake”