All Airlines in Nigeria Will Shut Down In 3 Days – Chairman Airpeace, Allen Onyema Raises Alarm


Airpeace Chairman, Onyema, warned that Airlines in the country would shut down operations over lack of Aviation fuel. 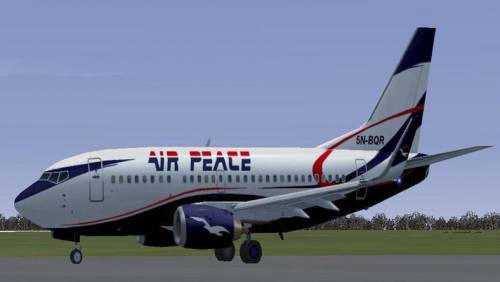 Airpeace Chairman, Onyema has sent a message to the federal government.
According to him, airlines in the country would shut down operations in 3 days due to lack of aviation fuel.
This comes as Nigerian Airline operators are demanding operational licenses from the federal government to begin importation of fuel into the country following the recent fuel debacle and scarcity across the country.
Airpeace Chairman, Onyema while giving the warning, said:
‘We have only three more days, all airlines in Nigeria will shut down. We are not threatening this country, it is a fact”, he said.
He is currently speaking at a meeting of oil marketers and Airline operators with the NNPC CEO, Mele Kyari.
”I have the mandate of all airlines to demand that Airlines begin importation of fuel, if we can buy planes of millions of dollars, we can also import fuel ourselves. Let NNPC give Airlines licenses, we want to import ourselves.
Details shortly…
Top Stories