According to the police, the gang was operational all over India for about 7 years before they were arrested. 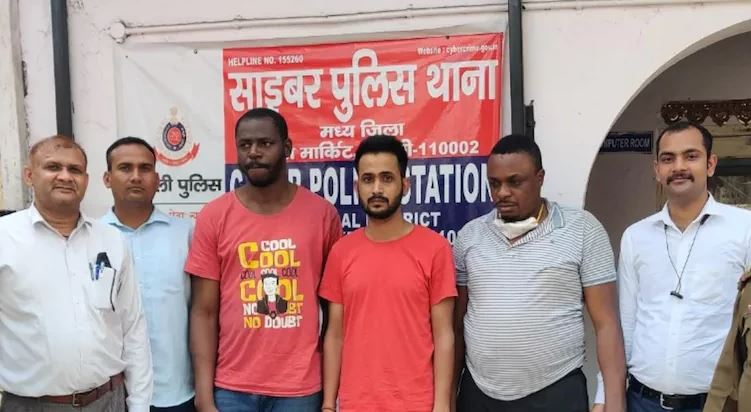 A notorious syndicate of international fraudsters who were involved in an online scam on the pretext of collecting customs duties and other charges on gifts and dollars have been apprehended by the team of Cyber Central District of Delhi Police .

According to the police, the gang was operational all over India for about 7 years. As many as 35 bank accounts and 27 debit cards of different banks with different names have been recovered. Rs 1,25,000 cash was frozen in the bank accounts of the accused.

One Apache motor cycle purchased from the cheated amount by the accused person has also been recovered. The accused has allegedly cheated more than 500 people.

The gang was busted after a doctor working in a renowned hospital filed a complaint to the cyber police station, Central District, and alleged that she came in contact with a person named Ankush through a matrimonial.

On February 23, she received a telephonic call from a lady, namely Meenakshi. She introduced herself as a staff member from the customs department at the Mumbai airport. She said that they had apprehended Ankush with illegal money amounting to 15,000 pounds. She further demanded Rs 1,76,500 to release the person and money as processing fees.

Ankush also sent a message to her about the confirmation. On the assurance of that person, she transferred an amount of Rs. 1,76,500 in the bank account number provided by the said lady. The woman further demanded money from the complainant on the pretext of GST and commission etc. The complainant noticed something fishy and discussed the matter with her friends.

During the investigation, bank details of beneficiary accounts to which the complainant had transferred the money were obtained. It revealed that a large number of transactions were being done in said bank accounts.

Further, the money credited in these accounts was transferred to other banks bank accounts and withdrawn through ATMs immediately.

On March 5, the accused was apprehended and interrogated. During interrogation, accused Bablu Singh Yadav confessed the crime and told about his ally Kasim who was arrested by the police.