In a lengthy post, the 34-year-old thanked her husband for being the trigger tool her “Chi” used to release her from satanic/occultic manipulations and damnation that held her down for years. 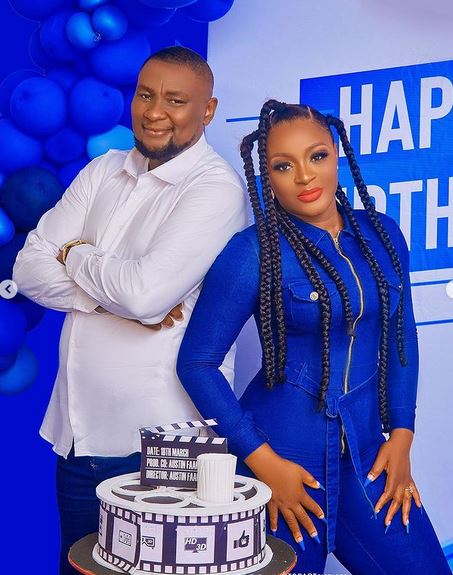 Nollywood actress, Chacha Eke took to Instagram to shower praises on her husband, Austin Faani as he turns a year older.

In a lengthy post , the 34-year-old thanked him for “being the trigger tool her “Chi” used to release her from satanic/occultic manipulations and damnation that held her down for years.”

The mother of four also thanked the movie director for giving her a chance on his directorial debut which brought her to the limelight, saying he made her dreams come through.

Sharing lovely photos of her family, Chacha wrote: “God is love. He loves me so much he gifted me Austin Faani.

“My big break from Nollywood came from you taking a chance on me in your directorial debut. I craved badly for a “challenging character in a lead role, you made that happen…and we weren’t even lovers then. It’s who you are to your friends in general. You make dreams come through. I’m a sucker for intelligent conversations. Your uncommon wisdom was and still is the quality that keeps me glued to you. Tino, You are an enigmatic mystery. Your brilliance has enhanced my brilliance.

Speaking further, she added: “Thank You for painstakingly elevating my artistic skills, Thank you for teaching me how to edit my thoughts, edit my life, how to read patterns & connect dots in general. Thank you for being the reason I have extremely beautiful children. Thank you for the awakening.

“Thank you for being the trigger tool my “Chi” used to release me from satanic/occultic manipulations and damnation that held me down for years. You bulletproof Titanium of a human being. You Indomitable spirit, warrior, saviour, armed with calm as superpower. You were made for me. This is destiny. I thank my “Chi” our paths crossed.” 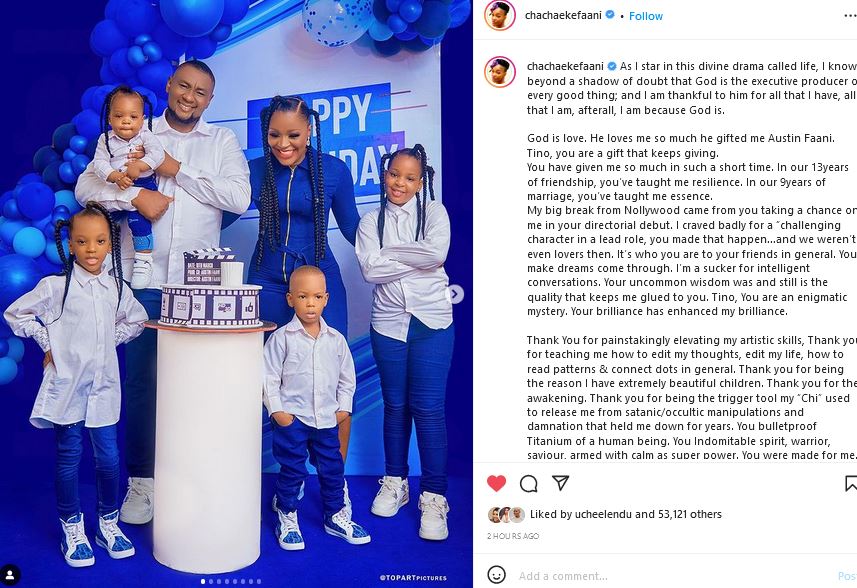 In October 2020 Chacha announced that her marriage to movie director Austin Fanni has ended, disclosing that he assaulted her. She however debunked the allegation, stating that the drama that surrounded her marriage was due to the bipolar disorder she’s suffering from.