Okorie said he does not see any Igboman or southeasterner in the two major political parties. 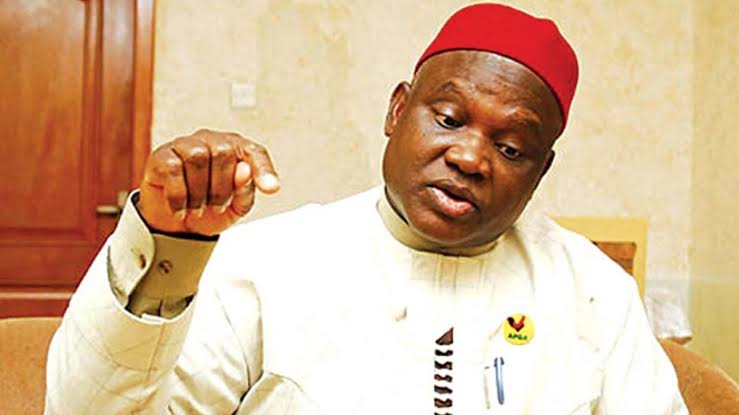 Okorie
Chief Chekwas Okorie has spoken about the chances of an Igbo man becoming president in 2023.
The founding National Chairman of All Progressives Grand Alliance (APGA) said things are not looking great as the likes of former Vice President Atiku Abubakar and national leader of All Progressives Congress (APC), Bola Tinubu pose a threat to such aspiration.
Okorie said he does not see any Igboman or southeasterner in the two major political parties, APC and the Peoples Democratic Party (PDP), winning the ticket of either of the parties to contest for the exalted office.
His reason is that those claiming to be members of the two parties from the zone are not major stakeholders in any of them.
Okorie, however, said it is only through the APGA that the desire to have an Igbo become President of Nigeria in 2023 will be realised.
“It is not looking good for us in the South East with Atiku and Tinubu and even someone like the Vice President Yemi Osinbajo, declaring their interests to contest for the office while the Igbo dream about having their turn.
“Political parties are owned by certain individuals who in turn invite members of the public to join in order to win elections and I do not see any Igboman in APC or PDP belonging to the core stakeholders’ forum of any of them,” he said.
Top Stories