Bamidele Makinde told newsmen on Tuesday that the vehicle with police number plate, PF 1089 SPY, was arrested with 27 bags of foreign parboiled rice. 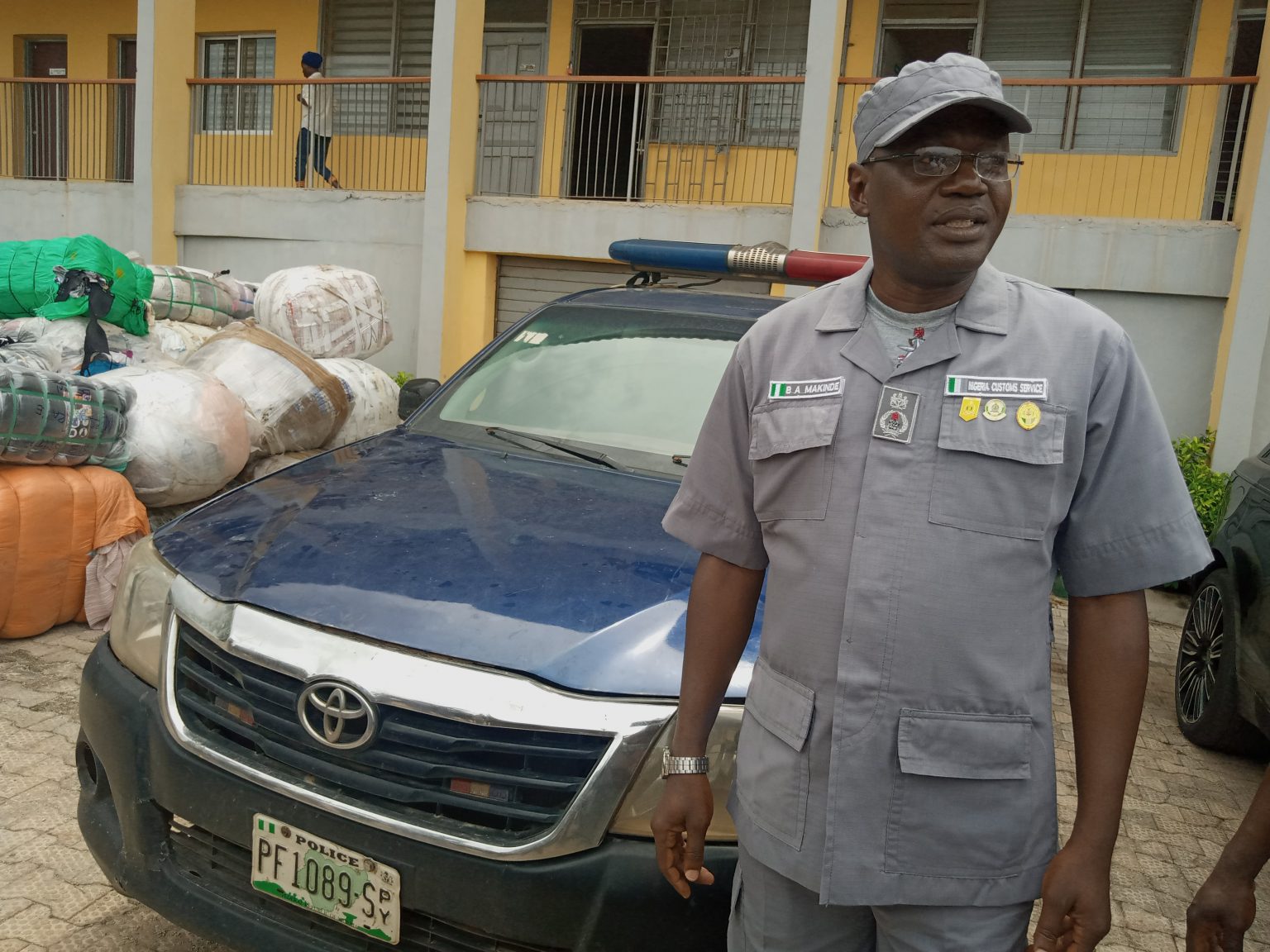 According to a report by Daily Post, the Ogun State police command has denied ownership of a vehicle seized by the Nigeria Customs Service (NCS) in the State.

It had been earlier reported that the NCS Controller in Ogun 1 Area Command, Bamidele Makinde, told newsmen on Tuesday that the vehicle with police number plate, PF 1089 SPY, was arrested with 27 bags of foreign parboiled rice.

Makinde said the driver of the vehicle fled when he sighted customs officers on the road.

When he was contacted by DAILY POST, the Ogun State police spokesman, Abimbola Oyeyemi, said he was not aware of the seizure of any police van by the NCS, promising to find out.

In an official reaction on Tuesday evening, Oyeyemi said the command would not have loved to join issues with the NCS, saying however, that in order to set the record straight, there is need to make some clarifications.

According to Oyeyemi, “the number plate on the vehicle which is PF 10889 SPY is not a police number plate, as no police vehicle will be numbered in such a manner.”

He expressed dissatisfaction that the NCS, which has unfettered access to the top echelon of the police command, did not contact it to confirm whether it owns the vehicle or not.

He said the NCS “would have contacted the command for detailed information about the vehicle before labelling it as a police vehicle in their press briefing, more so that nobody was arrested with the said vehicle to give credence to their claim.”

“The command hereby wishes to inform members of the public that the said vehicle is not a police vehicle and the number plate on it is fake and the police has nothing to do with it,” Oyeyemi concluded.