The Ozoro Divisional Police Officer received information that around 2.30am on March 20, a man was kidnapped and taken away in the boot of his RX Lexus 350 SUV by four armed men. 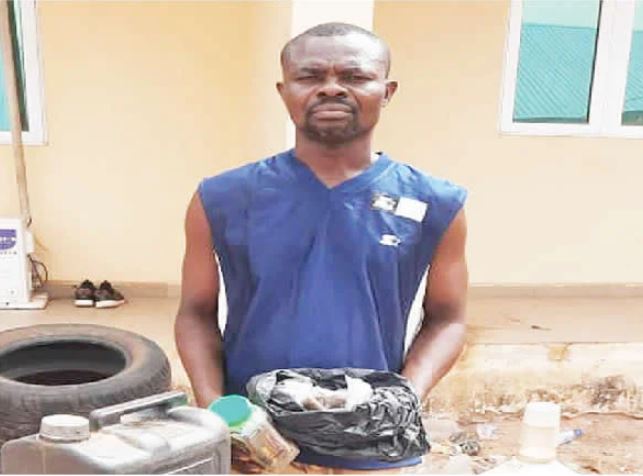 The officers of the Delta State Police Command have rescued a kidnap victim in Ozoro community after he was abandoned in his car boot by some hoodlums following a hot chase by the police.

The state Police Public Relations Officer, Michael Abattam, in a statement on Tuesday, said the Ozoro Divisional Police Officer received information that around 2.30am on March 20, a man was kidnapped and taken away in the boot of his RX Lexus 350 SUV by four armed men who drove towards Ughelli in the Ughelli North Local Government Area.

“Consequently, the Dragon Patrol teams 27, 28, 19, 20, and 16 were massively deployed in the scene and the teams, who went on an intelligence-led operation, trailed the kidnappers to PTI Junction, Effurun.

“It was at that junction where the kidnappers, upon noticing that the security teams were closing in on them, abandoned the victim and the vehicle and fled.

“The victim (name withheld) aged 22, was then rescued unhurt by the operatives and the vehicle recovered,” the statement added.

The police spokesperson said a manhunt for the suspects was ongoing.

In another development, the police spokesperson said operatives raided a black spot in the 74 area, Asaba, on March 19, during which a suspect, Sajor Louis, was arrested.

He noted that the police recovered from the suspects 91 wraps of weed, 124 wraps of loud, 50 parcels of SK, some razzlers and bottles of liquid mixed with a substance suspected to be Indian hemp.