Update: Woman Files Application To Pardon Man Who Was Charged With Touching Her B*ttocks


Sarah wants the court to release the accused who is still in custody after he failed to raise a bond of Ksh300,000 or cash bail of Ksh100,000. 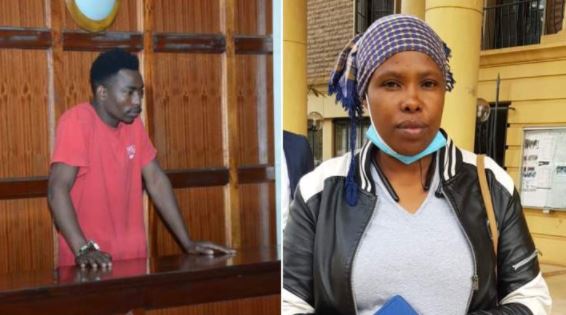 A Kenyan woman, Makena Sara Ngari has prayed a court to forgive a man who was charged with touching her inappropriately.

TORI reported that 21-year-old Ramadhan Johnson, was arraigned before Milimani Law Courts in Nairobi, Kenya, for intentionally touching Sara's b*ttocks without her consent.

Sara was in court on Thursday, March 24, ready to withdraw the matter but was disappointed after the Industrial Area prison failed to produce the accused in court for her to withdraw the case.

Through an affidavit sworn by the complainant and filed in court, Sarah wants the court to release the accused Ramadhan Johnson who is still in custody after he failed to raise a bond of Ksh300,000 or cash bail of Ksh100,000.

“I have not been coerced, intimidated or influenced by any person including the accused into my decision to forgive him and withdraw this case,” Sarah’s affidavit read in part.

According to a police report, on the material day at around 9:00 pm, the complainant, who is a business lady along Murang’a Road, was returning her umbrella to her store when used who was walking behind her, intentionally touched her buttocks without her consent.

"While coming back from the store as she was walking along a narrow path, she was attacked by the accused person who intentionally touched her buttocks with his hands and pulled her towards his body,” the police report read.

The complainant, upon seeing three other men who reportedly also had the intention of abusing her, fled the scene for her safety.

On March 11, 2022, the 34-year-old complainant according to court documents, sent a group of elderly men to talk to the accused to admit his mistake and apologise but he refused.