Recall that the bridge was billed for completion last month, February but was delayed due to the lockdown imposed during the outbreak of COVID-19 as well as the EndSARS protests. 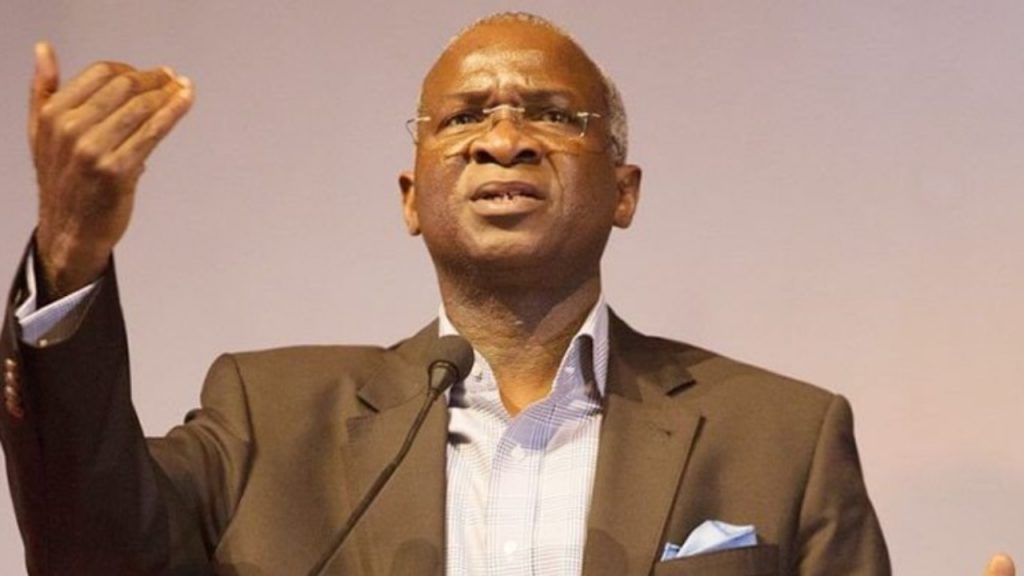 The federal government has revealed how much it spent on some projects undertaken by the administration.
The Minister of Works and Housing, Babatunde Fashola speaking at the Special Weekly briefing coordinated by the Presidential Communications Team at the State House Abuja disclosed that three major Presidential Infrastructure Development Fund PIDF projects in Nigeria cost a whopping N1.3 trillion.
He listed the projects which have started impacting the country as the Abuja-Kaduna-Zaria-Kano Expressway (375km): N797 billion, Second Niger Bridge (11.59km): N206 billion and Lagos-Ibadan Expressway (127km): N310 billion.
According to Fashola, the Second Niger Bridge is 91 percent complete.
Recall that the bridge was billed for completion last month, February but was delayed due to the lockdown imposed during the outbreak of COVID-19 as well as the EndSARS protests.
Responding to how much impact the projects would have had, especially with excruciating economic challenges, Fashola said no fewer than 1,486 people have been directly employed for the Second Niger Bridge while another 8,110 indirect jobs have been created.
On when the projects will be completed, Fashola said the Lagos Ibadan Express Way and the Second Niger Bridge are on course to be completed this year 2022.
Similarly, the main Carriageway of the Abuja-Kaduna-Zaria-Kano expressway is scheduled for completion by Q2 2023, noting that ancillary works will be completed later.
Fashola said the quality of work done on the roads was another cause for concerns as motorists are now tempted to exceed 100km/h on completed roads.
According to him, the warning became necessary when he got messages from some of the road users commending the quality of work done, who said they were doing 150 100km/h due to the smoothness of the roads.
He said the three projects under execution were a direct mandate given to him by President Buhari upon assuming office and since then, government commitment towards completing them has never waned.
Top Stories