I’ve Been Unlucky With Love - Denrele


The media personality said while he believes in love and family, he has been jilted a couple of times. 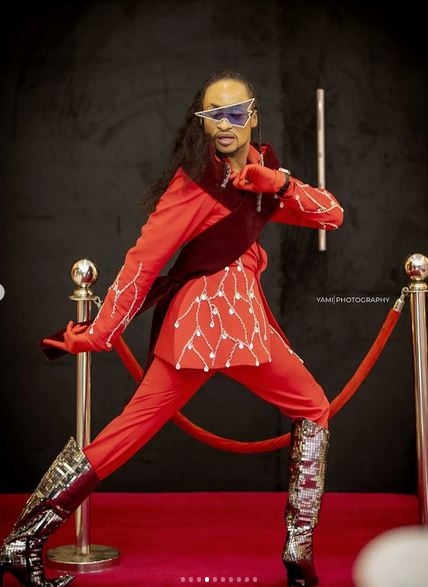 Popular TV host, Denrele Edun has disclosed that despite being a hopeless romantic, he has been unlucky with love.

The very jovial TV presenter and event host made this statement during a recent interview with Bosslady.

Denrele said while he believes in love and family, he has been jilted a couple of times.

Citing two instances during the interview, Edun discussed how his ex-fiancé got married to another man he introduced to her.

“I’m a one-way traffic person and once I’m involved with someone, I don’t look elsewhere because it’s too much work to start looking elsewhere which is why I said I’ve been very unlucky with love and around love.

“I remember when I had someone in my life and I thought that this was the person I was gonna marry but guess what? I got a beautiful breakfast. On my birthday, this person was hosting the red carpet and then we had another presenter though he wasn’t popular then so I told her once you interview celebrities, pass to this guy. Guess what? They are married now with twins.”

He further revealed that he is currently nursing a recent heartbreak.

“The last breakfast that just happened to me was on Valentine’s Day. I had done all the rounds and arranged for Valentine’s Day to be special with lots of gifts and when I like, I’m a hopeless romantic. I always tell people, love is like war, easy to begin but hard to end.

I’m in a process of heavy heartbreak but I will deal with it. That’s why I distract myself with so much work.”