A Twitter user took to the platform to announce report about the missing family. 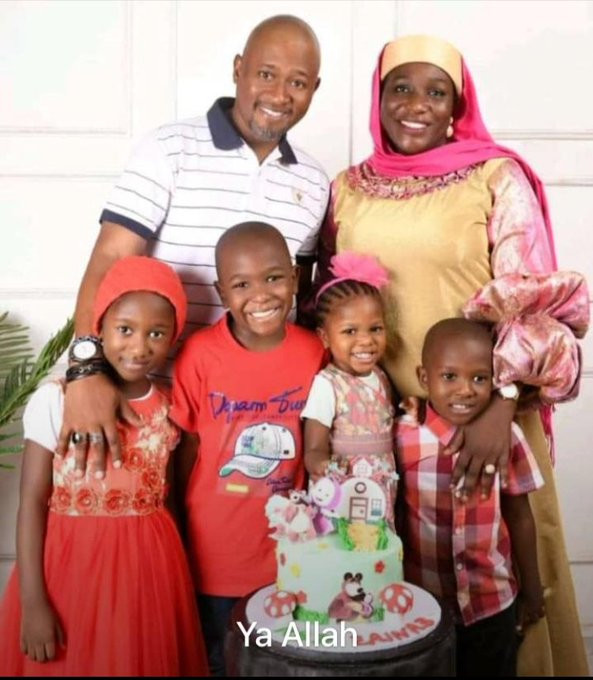 Members of a family that boarded the Abuja-Kaduna train attacked by bandits have been declared missing.
The Nigerian woman identified as Maryam Bobbo, her husband and children were declared missing following the attack on the Abuja-Kaduna train last night March 28.
Twitter user @Muazzamz who disclosed this on Twitter wrote;
''Maryam Bobbo, her husband & children still missing from what happened last night during the train attack may Allah SWT bring them back alive & healthy'' 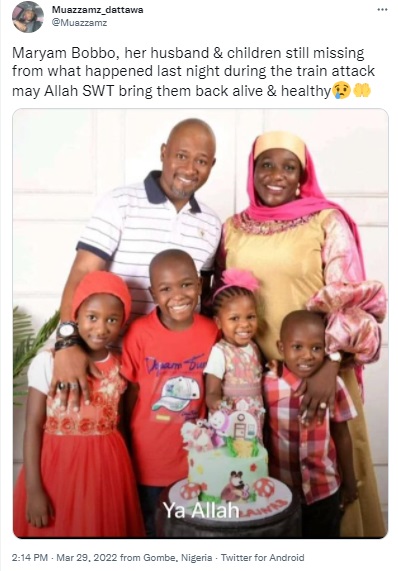