Recall that Tanko Yakasai recently announced his defection from the ruling All Progressives Congress. 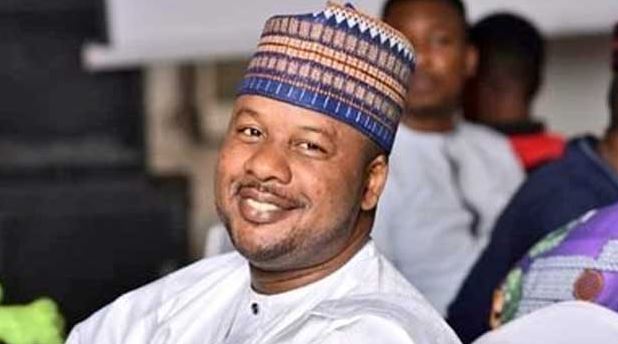 Recall that Tanko Yakasai recently announced his defection from the ruling All Progressives Congress.

In a statement on Friday, Yakasai said, “Today, I am officially joining the PRP as a member.”

“The Sawaba Declaration (of principles), crafted by Sa’adu Zungur and, read at the Northern Elements Progressive Union, Lafia Convention of 1953 by Mallam Aminu Kano, sought, among other things, to do the following: Emancipate the talaka from feudal, colonial and neo-colonial class oppression and absolute poverty; Replace the autocratic political order with a democratic dispensation; Place democratic institutions in the hands of the ‘Talakawa for whom alone these institutions exist.’

“For me, these cardinal principles remain relevant to our struggle for emancipation at this moment, just as it was for our parents in Northern Nigeria in particular, and the rest of the country at large during the First and Second Republics.

“Thus, the NEPU foundation of principles, carried on by the PRP during the short-lived Second Republic, is what has given us the freedom to boldly stand against autocratic leaders in this country today, and publicly reject their betrayal of the masses at the polls and in public office as legislators, executives, and privileged appointees of government.

“I am part of the young generation of politicians that the party has inspired to retrace their steps and return home to the real struggle for the redemption of Nigeria.

“I joined partisan politics in December 2000 precisely with such dreams in mind. I aligned myself with those I thought knew better. Like every novice politician, I looked up to those I thought were better experienced. I dutifully and respectfully followed them. That took me from one party to another: the APP, then ANPP, followed by the CPC, all of which later on collapsed as the APC.

“Now, I am proud to say that I am my own man, my own boss, my own voice, my own spirit. In essence, I am free. And freedom is the bedrock of all politics. To be able to choose is to exercise the highest form of liberty.

“I have always admired the PRP for its principles, its determination to actualise them against all odds, and its rich history. My encounter with some of its existing members helped to convince me that my trust is not misplaced. After careful consideration, consultation and deep reflection, I have decided to come back home to the politics of ideology and emancipation of the talaka. Today, I am officially joining the PRP as a member.

“I now call on all my supporters here present and absent to come forward and join the party of Abdul Kadir Balarabe Musa, Abubakar Rimi, and Aminu Kano.

“This party was held together by Balarabe Musa after the passing of his predecessors. All of them wanted this party to survive them and reach us to continue with the struggle for redemption.

“Therefore, I urge you all to join me in the PRP and let us march forward to 2023 with firm steps to redeem ourselves from the failed rulers and their system that has turned poverty into a national epidemic.

“In this struggle, being neutral is not an option; being an armchair critic is not a headway. The headway is take direct part in the political struggle to actualise the dream of our party’s brave hearts for the good life and freedom of all our people: women, men, and children.

“I urge us all to be doers and not chronic complainers or prophets of despair. I call on us all to stand up and be counted. So join me and my great party, the PRP, the party of Nigerian humanists, to liberate our country and secure it for generations yet unborn.”