In a press release made on Saturday, the group said that it also rejected the Greek Gift of non-commencement of tolling by the LCC until April 16. 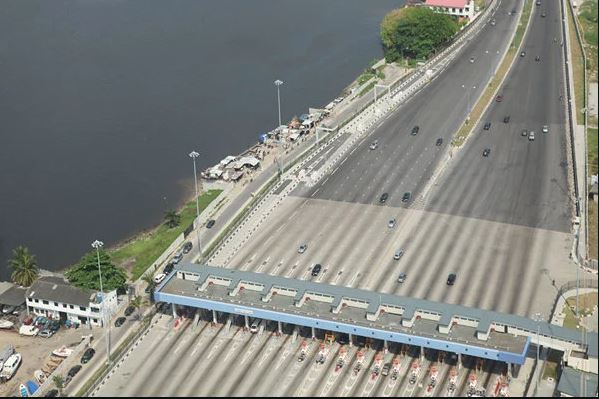 The PUNCH reports that a group, under the aegis of Eti-Osa People’s Movement, has reacted to the Lekki Concession Company over the reopening of the Lekki-Ikoyi Link Bridge, saying that it would mobilise residents and commuters not to pay the “wicked and obnoxious” toll.

In a press release made on Saturday, titled, ‘Ikoyi-Lekki Bridge Toll: We won’t Pay, We can’t Pay,’ signed by the Protem Chairperson and Secretary of the movement, Barrister Ayo Ademiluyi, and Mr. Binzak Azeez, respectively, the group said that it also rejected the Greek Gift of non-commencement of tolling by the LCC until April 16.

The statement read in part, “We write to oppose the statement of the Lekki Concession Company (LCC) that it resumed tolling yesterday, 1st April 2022 “following months of engagement with key stakeholders within the Eti-Osa /Lekki-Epe area.”

“We assert further that the Lekki Stakeholders’ Town Hall Meeting was to present Residents and Stakeholders with a “fait accompli” of an April 1st, 2022 resumption of Tolling at the Ikoyi-Lekki Link Bridge.

“We also reject the Greek Gift of non-commencement of Tolling until 16th April 2022.

“We reject the position of the LCC that the Toll Plazas ” has been a worthy part of the Eti-Osa/ Lekki-Epe ecosystem” as it will further compound the endemic traffic on the Lekki-Epe Expressway and make life unbearable for the Ikoyi-Lekki commuters.

“We further disagree with the position of LCC that “it is common knowledge that the government cannot, on its own, meet all the infrastructural needs of the ever-growing population.”

The group further raised four questions, “What happened to the investment of Lagos State Government into the Concession Agreement with the LCC?

“Why did the Lagos State Government engage in debt buyback of the LCC in 2011? Is it the case that LCC has become non-profitable?

“How was the 24 billion naira indebtedness of LCC spent?

It said further that the Managing Director/Chief Executive Officer of the LCC, Mr. Yomi Omomuwasan, did not provide details of the Special Anti-Robbery Squad related abuses and other matters as established by the #ENDSARS Judicial Panel of Inquiry that investigated the Lekki Massacre of October 20, 2020.

It, thereby, called on Lekki residents to boycott the tolls at the Lekki Toll Gate.

“We call on the Lekki Phase 1 Residents Association that has rejected this toll to join forces with us in this regard.

“We also call for an independent Town Hall Meeting of all residents with the Lekki-Epe Estates Residents Association (LESRA) and other Stakeholders’ associations, to discuss the way forward in this struggle up to boycott of tolls at Ikoyi-Lekki Link Bridge on 16th April 2022 and beyond,” the statement concluded.