He vowed to petition the Inspector General of Police to arrest the politician should he continue rubbishing his colleague’s personality with names attributed to women of easy virtue. 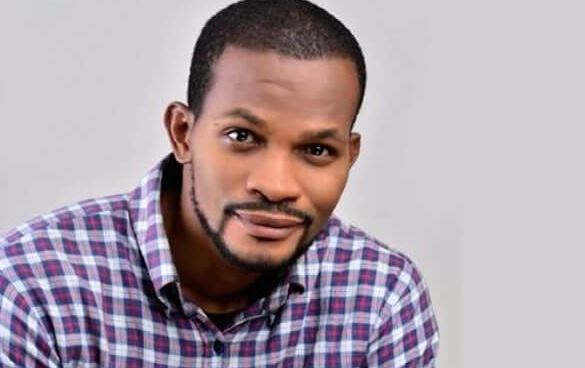 He vowed to petition the Inspector General of Police to arrest the politician should he continue rubbishing his colleague’s personality with names attributed to women of easy virtue.

“I go petition Inspector General of police to arrest you if you call Mama King unpleasant names again for social media,” Maduagwu wrote.

“You call yourself a politician yet you talk like a bus conductor. Even if you no respect your age, at least respect that politician title.”

Utterly baffled at Kpokpogri’s utterances, Maduagwu continued: “Gone are the days when Politicians choose their words carefully especially when it relates to women, I guess the standard has drastically reduced, so tomorrow now, this one too go say E dey contest for House of Rep or even Senate? Seriously?

“You were in a #relationship with a #good woman for less than six months, and your mouth will not stop leaking like #Hausa perfume?” 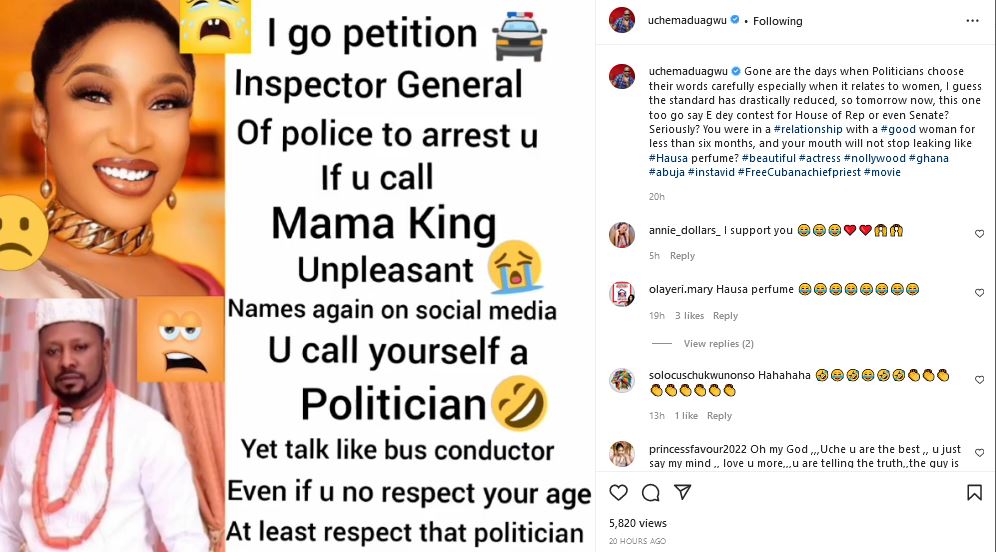 In the last 24 hours, the former lovers, Tonto Dike and Kpokpogiri, have taken a go at each other after the former shared a video of the latter twerking on her Instagram page while reacting out of ‘excitement’ after getting a follow from Afrobeats star, Davido on Instagram.

Seeing the video, many thought the duo was back together but Dikeh explained she could never get back with Kpokogri who she described as a “community d*ck.”

With the ‘title’ not sitting well with the Delta politician, he took to his Instagram page to share a video with Craig David’s “Walking Away” playing in the background and referred to Dikeh as an ‘a#hawo’ and ‘husband-snatcher’ in its caption.