The suspects who rode on a motorcycle to the house forced their way into the various rooms and ransacked all parts, looking for valuables. 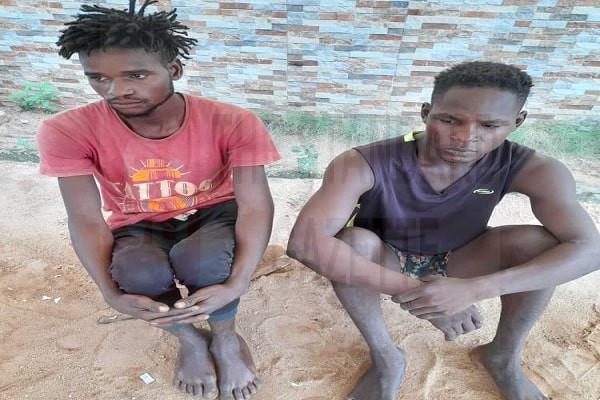 Two persons accused of killing the 38-year-old cook of former lawmaker and minority chief whip of the Edo State House Assembly, Hon. Ezehi MD Igbas have confessed.
The suspects, Atiku Yohanna, a Kano indigene, who used to work for Igbas, stormed the ex-lawmaker's country home in Uromi, Esan North-East local government, with his accomplice, Obed Sai, to rob at about 8pm on March 31, 2022.
The suspects who rode on a motorcycle to the house forced their way into the various rooms and ransacked all parts, looking for valuables.
The cook identified as Mary Atule walked in on them and immediately identified Atiku and raised the alarm.
The duo attacked Mary with a machete killing her on the spot, then dragged her lifeless body inside a cupboard before fleeing the scene.
The incident led to an outrage in the community as many accused Hon. Igbas of murder which led to his arrest.
Igbas was detained at the state Police headquarters for three days as the police continued their investigations.
Luck came to Hon. Igbas way a few days ago after police intercepted and arrested the suspects in Uromi on suspicion of killing the domestic worker.
The arrest of the suspects who later confessed how they allegedly murdered the woman led to the release of Hon Igbas.
Speaking to Standard Gazette, the suspects narrated how they carried out the murder.
According to Yohanna, they killed the cook because she recognised him.
"I worked in the house as a security guard for some months and left to be riding a motorcycle. I needed money and told my friend to join me to attack the house so we could get money to send to my state, Kano," Yohanna said.
"After we finished from the house, we saw aunty Mary who shouted my name. I told my other colleague that we should just kill her. We used cutlass to cut her neck and head three times before she died. I am ashamed now after my arrest"
Spokesperson of the state police command, SP Bello Kontongs, who confirmed the arrest said the two suspects would be thoroughly investigated to ascertain if they have carried out a similar crime in other parts of Edo state.
"I can assure you that the two suspects will be charged to court for murder." he added.
Top Stories