The top ISIS Commander was reportedly sent by the terror group to coordinate attacks for the Islamic State West Africa (ISWAP). 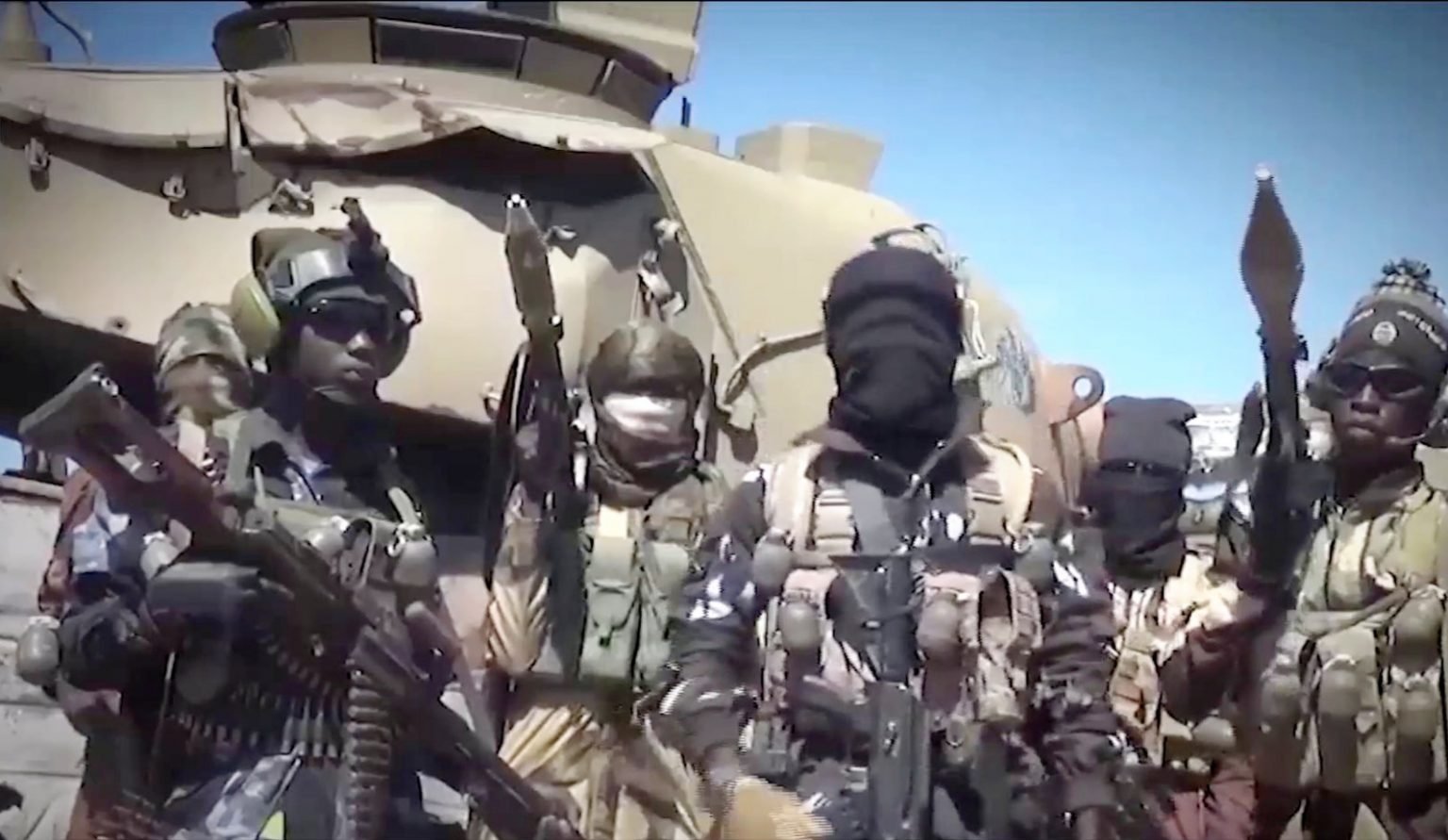 A top leader of the Islamic State of Iraq and Syria (ISIS), Ammar Bin-Umar has been killed.
The ISIS leader was killed by troops of the Multinational Joint Task Force (MNJTF) in a massive airstrike at Lake Chad.
The top ISIS Commander was reportedly sent by the terror group to coordinate attacks for the Islamic State West Africa (ISWAP) operating from the Tumbuns in Lake Chad against targets in Nigeria, Niger, Chad and Cameroon.
According to the report, the elimination of the top ISIS Commander was confirmed by a military intelligence officer who disclosed that the coordinated airstrikes by the Nigerian Air Force Super Tucano jets were in conjunction with the Multi-National Joint Task Force (MNJTF), Niger Air Task Force’s Mi35 and Mi171 helicopter Gunship on April 14, 2022, at Arinna in Marte Local Government Area of Borno State.
He was reportedly killed while trying to flee Lake Chad as a result of the week-long sustained onslaught on the terrorists by a combined team of Operation Desert Sanity and the MNJTF Lake Sanity on some Boko Haram/ ISWAP strongholds in which over a 100 terrorists, as well as ten of their commanders, have so far been neutralized.
According to the report, Ammar Bin-Umar was one of the top ISIS Mujahedeen’s dialogue committee deployed to the Boko Haram/Islamic State West Africa Province (ISWAP), caliphates in February 2022, to broker peace between the two warring factions, fighting over supremacy among the Jamā’at Ahl as-Sunnah lid-Da’wah wa’l-Jihād of Boko Haram factions and the ISWAP.
Top Stories