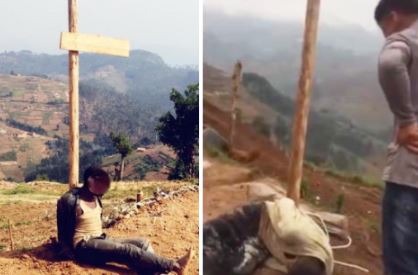 A Rwanda court has handed a Chinese mining engineer 20 years jail term after he was found guilty of torturing his workers.

Last year, Shujun was seen in a video severely beating two workers. The two young men identified as Azalias Niyomukiza and Gratien Ngendahimana were tied to a tree and beaten for allegedly stealing minerals from his mining company called Ali Group Holdings Ltd.

The torture video which went viral on social media triggered mixed reactions among the public criticizing such self-administered justice.

Shugun and his co-accused, Alexis Renzaho, an engineer and Leonidas Nsanzimana, a security guard, were arrested by Rwanda Investigation Bureau.

Renzaho was handed a 12-year jail term while the security guard was acquited.

Beside the prison term, the two convicts were ordered to pay their victims a total of Rwf7.5 million in compensation.

During the prosecution, Shujun defended himself saying the victims had stolen his minerals several times and he had warned them frequently.

Following the incident, the Chinese Embassy in Rwanda issued a statement condemning the torture incident, reminding all Chinese to abide by Rwanda’s laws and report crimes to competent authorities instead of self-administered justice.

"The Chinese Embassy in Rwanda has taken note of a recent case concerning a Chinese private company and a citizen. The case is associated with suspected theft. The Chinese Embassy supports Rwanda’s law enforcement agencies to investigate and handle the case transparently and fairly in accordance with the law of Rwanda. Meanwhile, we request the lawful rights of the Chinese enterprises and citizens be properly protected,” the statement read.

"The Chinese Embassy requires Chinese enterprises and citizens in Rwanda to abide by the local laws and regulations. Any suspected illegal behaviors found should be reported to the police timely, rather than being dealt with unlawfully on one’s own. The Chinese Embassy will continue to promote China-Rwanda relations and the friendship between the two countries." 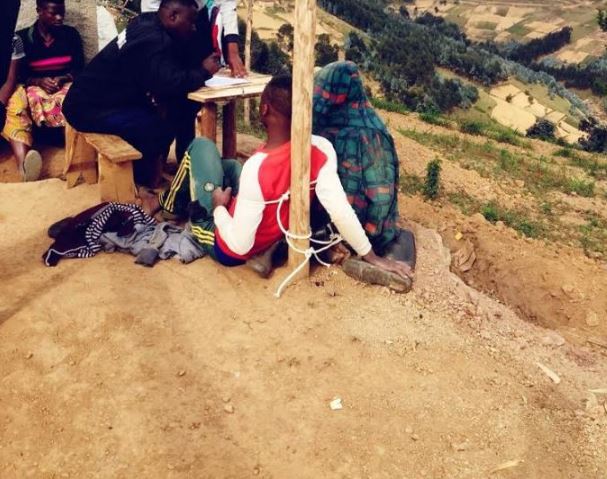