The curfew restricts both individual and vehicular movements in the riverside community from 7:00 p.m. to 6:00 a.m. 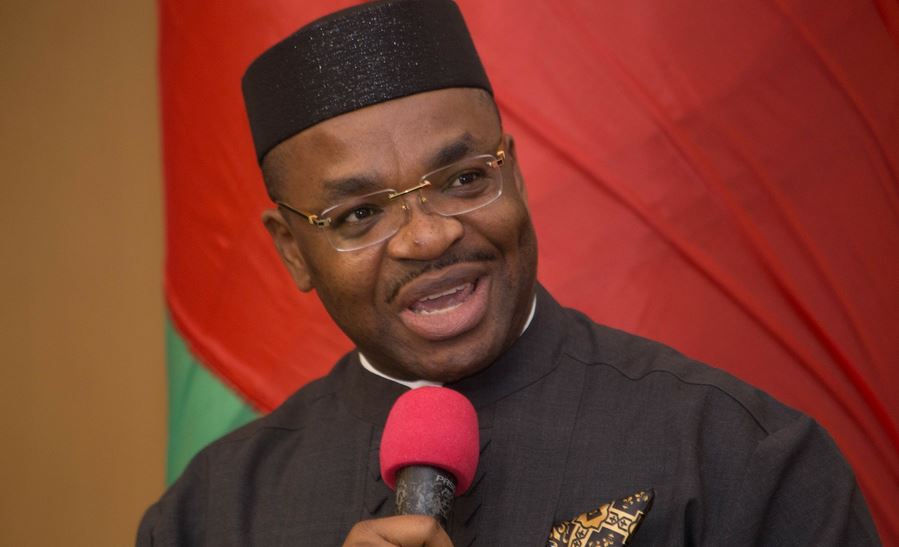 Following the clash between Yoruba residents and natives of Ibeno extraction, the Akwa Ibom State government has imposed a dusk-to-dawn curfew on Ibeno community.

At least 10 people have so far been confirmed dead and several others missing, while properties worth several millions of naira were reportedly destroyed in the clash .

The curfew, according to a press release through the Ibeno Local Government chairman, Chief Henry Mkpa, restricts both individual and vehicular movements in the riverside community from 7:00 p.m. to 6:00 a.m. 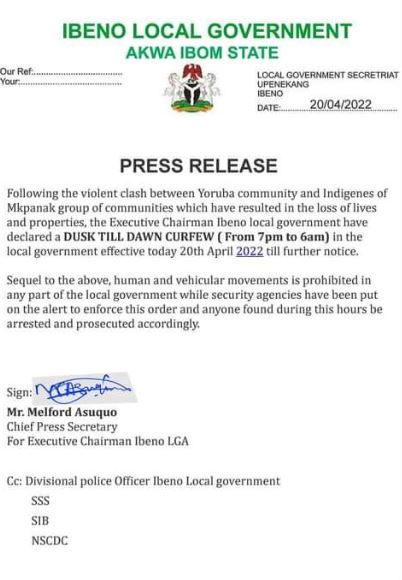 A statement signed on behalf of the council chairman by his Chief Press Secretary (CPS), Mr Melford Asuquo, and made available to newsmen in Uyo, the state capital on Thursday April 21, warned that anyone apprehended during the curfew period would be prosecuted.

"Following the violent clash between the Yoruba community and indigenes of Mkpanak group of communities in Ibeno council area, which has resulted in the loss of lives and properties, the executive chairman of Ibeno Local Government Area has declared a dusk-to-dawn curfew from 7:00 p.m. till 6:00 a.m. with immediate effect till further notice." the statement read.

"Sequel to the above, human and vehicular movements are prohibited in any part of the local government, while security agencies have been put on alert to strictly enforce this order, and anyone found during these hours will be arrested and prosecuted accordingly.”