Recall that Davido left tongues wagging when he announced that he is in a relationship. 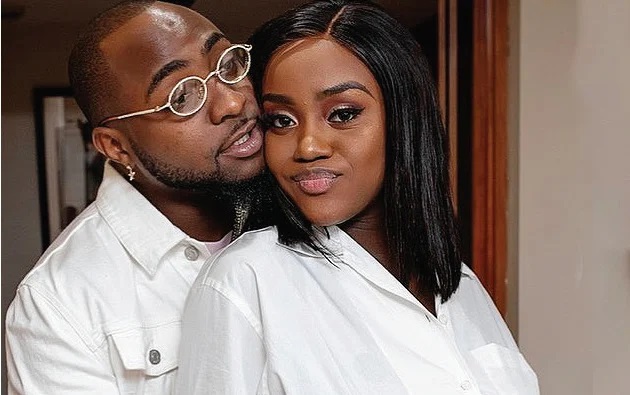 Celebrity chef and ex-fiancee of singer Davido, Chioma Avril Rowland has left an interesting post after Davido revealed that he's not single.
Recall that Davido had cleared the air on his relationship status by saying that he is in a relationship.
This was after his artiste, Peruzzi had commented that all his friends including Davido is single.
Peruzzi wrote, “All my Niggas single. Damn”.
Davido replied, “Me I’m not”.
Hours after his post, Chioma took to her story to share a cryptic post.
She shared a meme of a dog looking sober with the caption,
“Therapist : So the problem is that you easily fall in love?
Me : Yes my love”.
She also shared some hot photos of her wearing skimpy dress. 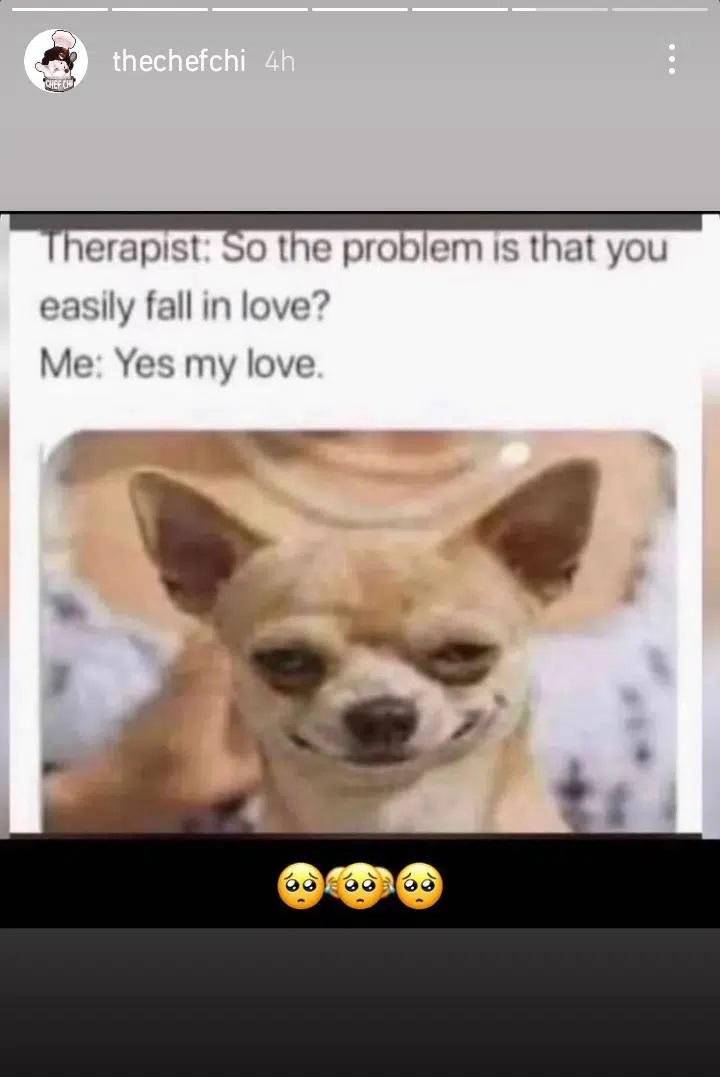 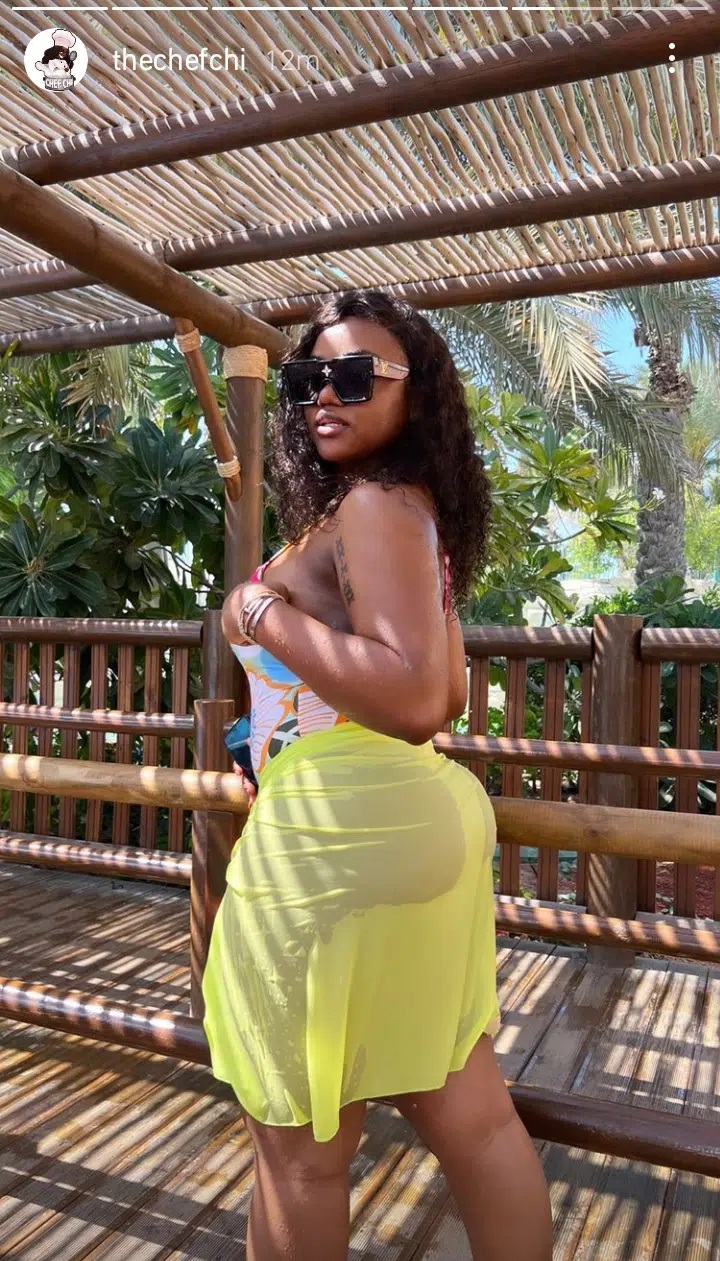 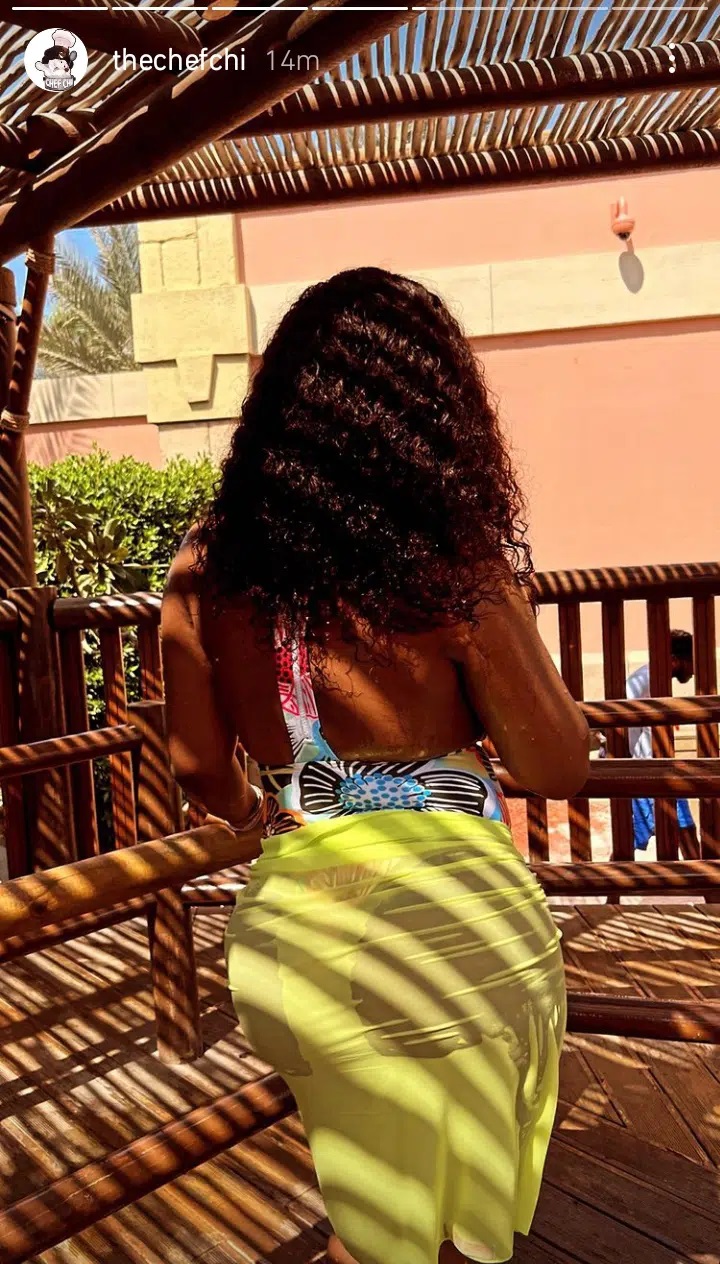