It was gathered that the 20-year-old student took his own life over family challenges. 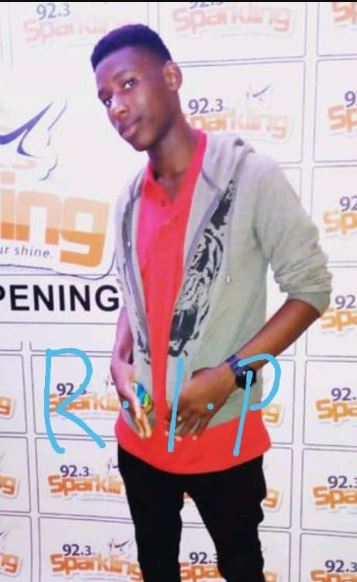 A 200 level student of the Joseph Sarwuan Tarkaa University, Makurdi, Benue State has allegedly taken his own life.

It was gathered that the 20-year-old student identified as Ogbonna Shedrach hung himself over family challenges.

The Public Relations Officer of the school's students union, Comrade Zaki Christian, confirmed the incident in a statement on Sunday, April 24.

According to Zaki, before taking the drastic step, the deceased was said to have confronted his father over his refusal to give him the sum of N50k to settle some pressing needs.

"We have confirmed details and death of Ogbona Shedrach aged 20, a 200L Student of our Varsity in the department of Biochemistry," he wrote.

"According to family, Late Ogbona Shedrach comes from a divorced marriage and until death faced challenges associated with the fate of a broken home

"Sequel to his death, Ogbona had confronted his father to release a token of 50,000 to assist him settle pressing needs, a conversation that took place repeatedly and angered him to succumb to SUICIDE BY HANGING after his father's refusal to release the said amount

"As a students Union we have only become privy of this story on the premise of his death. We regret deeply this ugly menace and are reposed to kindly charge our Students to embrace whatever pains of life as occasioned to them by default, speak out where necessary but Never succumb to SUICIDE, MURDER OR CRIME

"Be thus aware that; Death is only a ticket to the world where life is lived forever! Question is where? 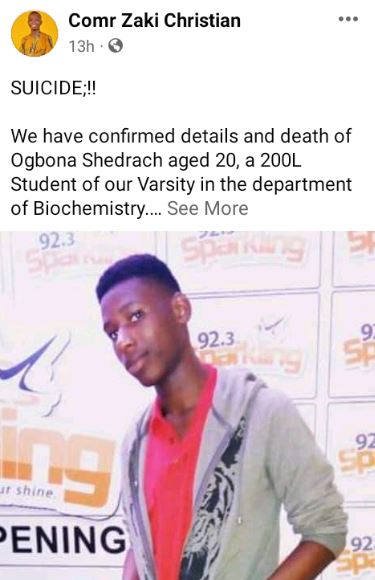 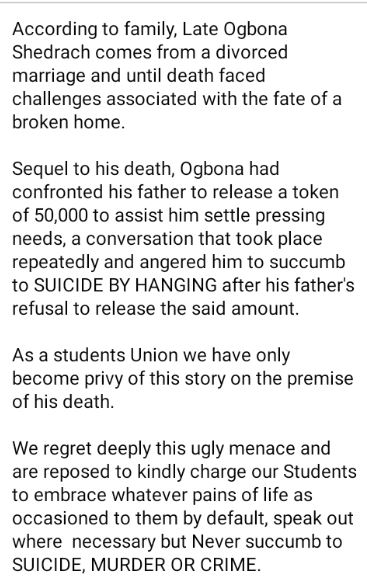