How Nigerian Police Colluded With Vigilantes To Illegally Arrest, Detain Music Artists After Framing Them As Cultists


It was gathered that they were arrested from a bar and afterwards tortured on April 12, 2022 at Nyanya Gwandara, Karu Local Government of the state by the police anti-cult squad from Lafia. 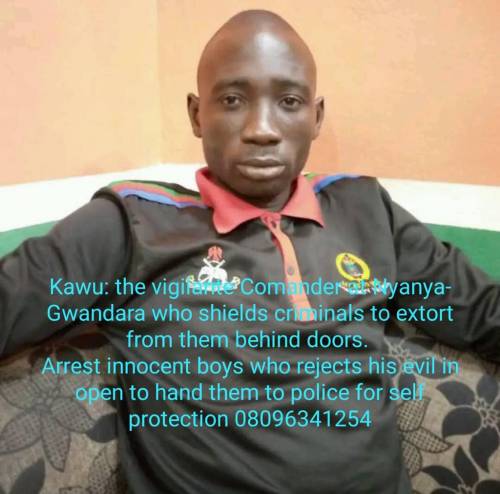 According to a report by SaharaReporters, the Nigeria Police Force operatives in Lafia, Nasarawa State, have colluded with a Vigilantes Commander to arrest and detain nine young Nigerians after framing them as cult members, SaharaReporters has learnt.

It was gathered that they were arrested from a bar and afterwards tortured on April 12, 2022 at Nyanya Gwandara, Karu Local Government of the state by the police anti-cult squad from Lafia.

SaharaReporters was told that the police had refused to charge them to court but instead subjected them to torture and inhuman treatments.

They have also denied them access to their lawyers and family members.

They are currently languishing in a detention facility in Lafia.

It was gathered that they were framed by a vigilante commander, popularly called Kawu, after they refused to give him a bribe which he always demanded from the people in the community.

Findings by SaharaReporters revealed that Kawu had been extorting money from the criminals in order to shield them but arrest and hand over those who refused to do his bidding including innocent people. 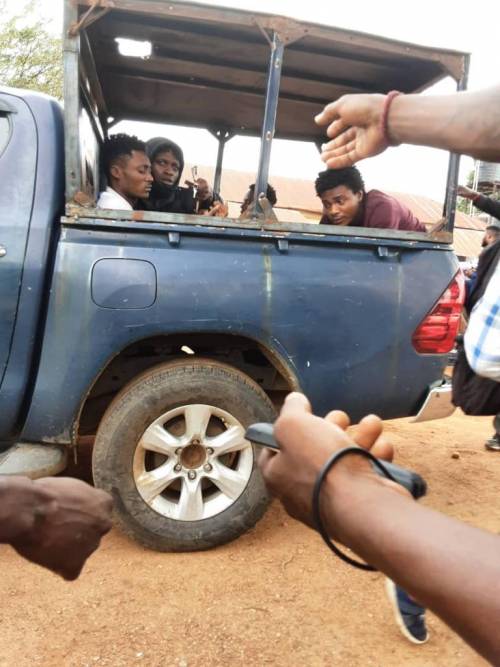 He was said to have connived with the police to implicate the young men and tagged them as cultists that had been terrorising the community.

Armed policemen were said to have stormed the area and arrested the young men without any incriminating evidence against them.

Kawu who is an ex- convict owns a security outfit in the community and he was said to have been chased away while his office was destroyed by the residents few years ago when he was accused of raping a girl in the community.

A source who spoke to SaharaReporters said few years ago he was also accused of killing a commercial motorcyclist after claiming the deceased stole a mobile phone.

Many residents who spoke to SaharaReporters said since Kawu is back in the community, he has started terrorising the residents while the police feign ignorance but rather connive with him to unleash terror on the people living in the area.

State Criminal Investigation Department ( CID ) on Sunday April 24 – a situation that has become a source worry and concern for their families as all efforts made to see them were unsuccessful.

Efforts by SaharaReporters to get reaction from the state police spokesperson, Rahman Nansel, were unsuccessful as his mobile phone was not reachable.