Nwosu maintained that the only way equity and justice could be truly served was for other zones in the Southern part of the country to support the South-East as power shifts to the region. 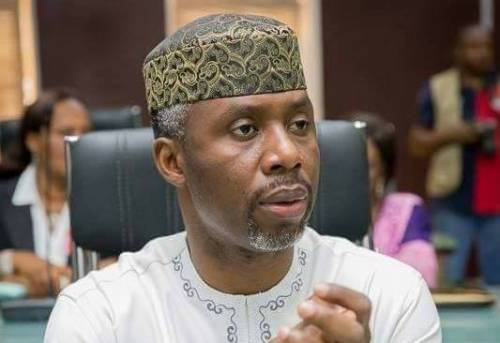 Uche Nwosu has decried the lack of support for Igbo Presidency from other regions in the South.
The governorship candidate of All Progressives Congress during the 2019 election in Imo State spoke on Wednesday.
He said that politicians agitating for a power shift to the South without supporting the South-East to produce the next President in 2023 are “not sincere and are unfair to Ndigbo”.
According to him, it would amount to double standard to accuse the North of plotting to retain power in 2023, while denying the only zone (South-East), which has never produced the country’s president, the opportunity to do so.
Nwosu who spoke with journalists in Abuja maintained that the only way equity and justice could be truly served was for other zones in the Southern part of the country to support the South-East as power shifts to the region.
Nwosu said, “He that comes to equity must come with clean hands. You can’t be agitating for power shift to the South under the guise of equity and justice and when power moves to the South, you no longer preach equity and justice, that is simply unfair.
“When our brothers from the South West or South-East come out to say they want to be President for equity and justice sake, they are simply not fair, there is no equity or justice in that.
“The true equity and justice are to make sure that every zone in this country will have the opportunity to rule this country, that is the peace, that is the equity, that is the justice for me.
“The South-East is determined to get to power by the support of other zones but I still plead with our brothers from other zones to understand that the country is built on three legs that is the South East, South West and the North, even though if you talk about the six geo-political zones we have now, others have tasted it.
“In the South West, we have Ernest Shonekan, Olusegun Obasanjo; in the North Central, we have the likes of Abdulsalami Abubakar, Ibrahim Babangida; in the North West, we have the President, Muhammadu Buhari; the North East produced a Vice President, it is only the South-East that is left.
“When it is done North and South, it is now the turn of the South, when you come to the South, it is the turn of the South-East and if we have brothers from the South who are accusing the North of wanting to retain power but when the power shifts to the South, you that have occupied the office is trying to take it again and you are accusing the North.
“So for me when we talk, we talk with dignity, with principle and with our conscience open. People should come out and do things with conscience and in a way, it will please God.
“If you are accusing the North, that the North doesn’t want to release power to the South and you that have tasted power in the South, want to take power again, you’re not sincere, because if you’re accusing the North that they have done eight years and you that have tasted power in the South wants it, you’re just playing to the gallery.
“If you’re coming to the equity you must come with clean hands.”
Speaking on the heightening interest by other zones for the presidency, Nwosu, assured that “We are not discouraged that other zones are interested, this is democracy and you don’t just sit at home and expect them to give power to you, you also have to move and campaign for you to get it, so we know that you can’t sit in the Southeast and power will come from the North, South West or South-South and be given to you”.
Top Stories