It was gathered that thousands of Nigerians had invested funds in the company which claimed to return 3% profit on the initial investment. 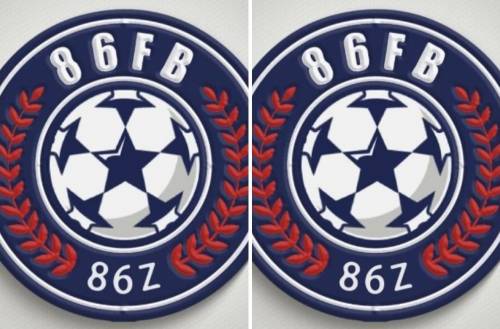 According to a report by SaharaReporters, some heartbroken Nigerians who fell victim to the 86fb Football Ponzi Scheme have cried out for help after losing over N200 billion to the investment platform.

SaharaReporters gathered that thousands of Nigerians had invested funds in the company which claimed to return 3% profit on the initial investment.

However, the company had stopped paying investors. Some of the victims told SaharaReporters that the company had dubiously registered under the Corporate Affairs Commission using the passport document of a Nigerian young lady named: Alozie Chidiebube Chimuanya, with the help of a lawyer, Bernard Andah Damisa.

According to them, the company has moved over N200 billion using Tether (USDT), a blockchain-based cryptocurrency whose tokens in circulation are backed by an equivalent amount of U.S. dollars. They also claimed the company had stolen another $52 million (N21.5 billion).

They further called for an investigation into the issue so as to bring the perpetrators to book.

One of the victims, who said he invested the money taken from his boss at work said he might be sacked anytime soon.

He said, “It is about 86fb Football Ponzi Scheme, an alleged faceless Chinese which has scammed millions of Nigerians with the help of some of our fellow Nigerians and banks.

“This company (86fb Football Technology) is registered under CAC in a dubious method, using the passport document of a Nigerian Young Lady Named: Alozie Chidiebube Chimuanya, through the help of a lawyer whose name is Bernard Andah Damisa.

“Most of the naira bank accounts used in scamming us were allegedly under the signatory to the Chinese nationals, it is alleged that the amount was about N200 billion and $52 million has been moved through USDT based on intelligence report.

“We want you to use your office to help us to bring all involved in this Ponzi scheme to book, starting with the lawyer who facilitated the registration of the company and who is also the secretary to the company, the banks used to move funds to provide the customer details for further investigations.”

However, SaharaReporters noticed the company had put a statement on its website admitting that it was struggling and in a crisis.

The statement reads, “A letter to all users of 86fb Dear all users of 86fb, when you see this announcement, that may be when our company is struggling. A series of things have happened recently that make us unable to operate normally, and 86fb apologize for this!

“The purpose of today's announcement is very clear. I want to explain to you why 86fb cannot withdraw cash normally? The reason is because we are maliciously freezing all our funds by a payment company called Flutterwave, which maliciously freezes our funds and repeatedly wants to take the funds as their own.

“And through cooperating with the local police to blackmail us 86fb, we have not yielded, we have been trying our best to protect the rights and interests of every user, but the other party has a strong background in Nigeria, we cannot fight against it, so now 86fb cannot withdraw money normally!

“For everyone's funds, and for the dignity of 86fb, we will not bow to this force! On behalf of 86fb, I implore you all to fight with me against Flutterwave's malicious behavior of unreasonably freezing funds. I hope you can help us get justice. Here I announce the address of the Flutterwave payment company. If the money is to be returned, 86fb solemnly promises that once the funding problem is resolved, we will pay all users’ funds as soon as possible!

“Thanks for being with you all the way Flutterwave address: At present, I have received feedback from many members that they have to get their own money when they find Flutterwave, so the platform recommends everyone to go to the Flutterwave payment company to get back their own funds!”