Some members of the Miyetti Allah Cattle Rearers’ Association purchased the 2023 presidential form for Jonathan. 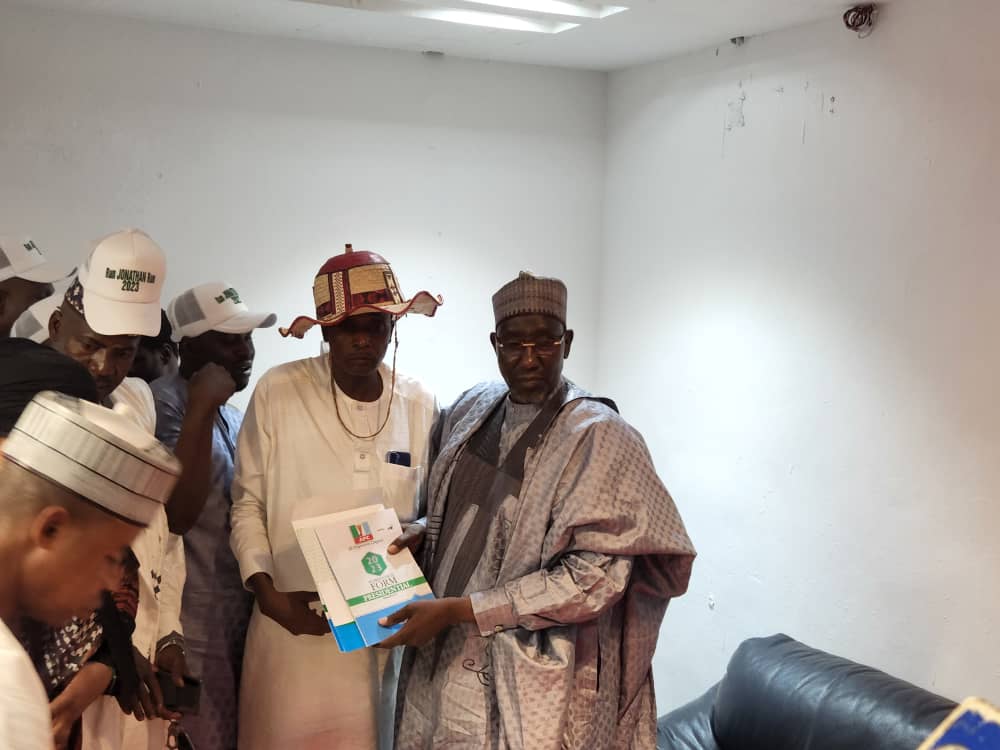 A Fulani group that purchased nomination form for the immediate past President, Goodluck Ebele Jonathan has been disowned.
The Miyetti Allah Cattle Breeders’ Association of Nigeria (MACBAN) disowned the group on Tuesday.
We had reported that some members of the Miyetti Allah Cattle Rearers’ Association had yesterday purchased the 2023 presidential form for Jonathan.
However, MACBAN while reacting, in a statement by Abdulbasid Bonga, the Protem National Secretary of Concerned Registered Members of Miyetti Allah Cattle Breeders’ Association of Nigeria (MACBAN), said they were not a party to the charade.
According to the statement, the Fulani group led by one Ibrahim Abdullahi from Kaduna is not a member of Miyetti Allah Cattle Breeders’ Association of Nigeria (MACBAN), neither is he a member of Miyetti Allah Kautal Hore Fulani Socio-Cultural Association.
According to the group, Abdullahi is a factional National Secretary of Gan Allah Fulani Development Association (GAFDAN).
According to him, he did this on his own, not under the Fulani communities or Association.
“We the entire registered members and officials of Fulani Association, including all the stakeholders dissociate ourselves from this move,” he added.
The group pointed out that although they don’t have anything against Jonathan, but it is not their collective decision to endorse or purchase any nomination forms for “aspirants” in Nigeria.
According to him, they were only after the unity, integration and harmony between the Fulani communities and the farming communities, while expecting the security agencies to deal with bandits and criminals.
The group appealed to its members across the country to remain law abiding and not to allow themselves to be used as agents of crisis.
Top Stories