He disclosed that he built the house himself and his ex-wife only bought some furnishing for the house, to which he refunded part of the money to her. 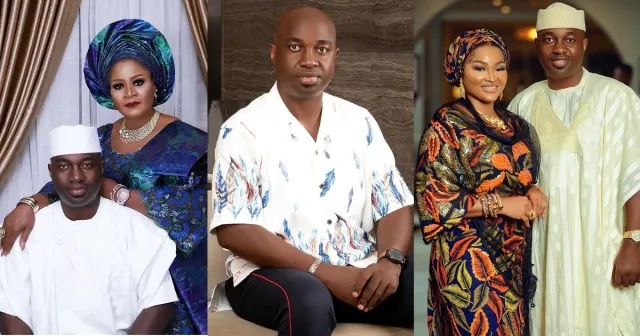 Mercy Aigbe’s husband, Kazim Adeoti has reacted to latest threats made by his first wife, Funsho Adeoti on social media.
Funsho had threatened to deal with Adeoti and Mercy Aigbe over the home they currently live in.
Things took a dive after Mercy shared photos and videos of herself in her husband, Kazim’s house on Sunday.
However, this didn’t sit well with Funsho who warned the thespian to take the posts down within 12 hours.
Mercy didn’t listen, but instead posted another video of herself in the house. This infuriated Funsho who then went online to reveal that she furnished the house with her hard-earned money and threatened to take brutal action against her husband and Mercy.
Adeoti has now responded to her claims and threats in a statement shared on his Instagram page.
He disclosed that he built the house himself and his ex-wife only bought some furnishing for the house, to which he refunded part of the money to her.
He added that his first wife forced him to marry a second wife when she permanently relocated to the U.S, adding that there’s nothing wrong with his action because his religion, Islam, permits him to marry more than one wife as long as he can take care of them.
Read the statement below, 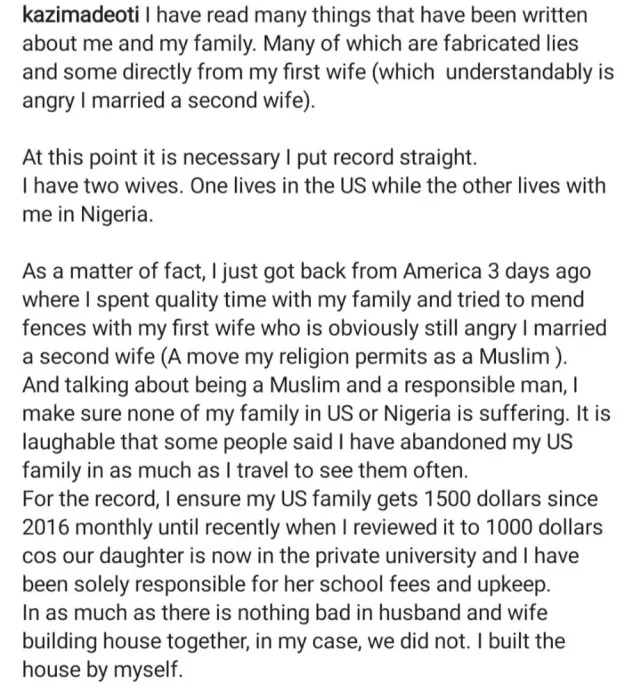 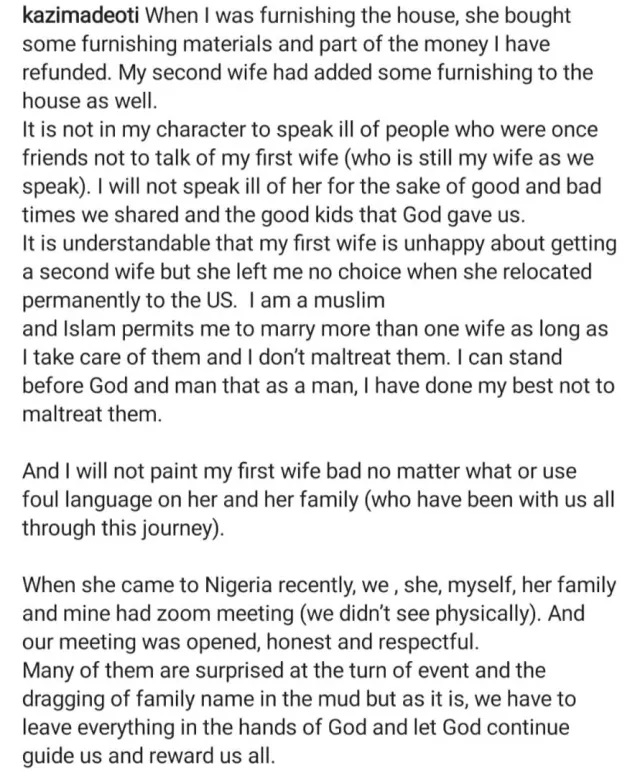