This comes hours after disowning a nomination form purportedly procured for him by a northern group. 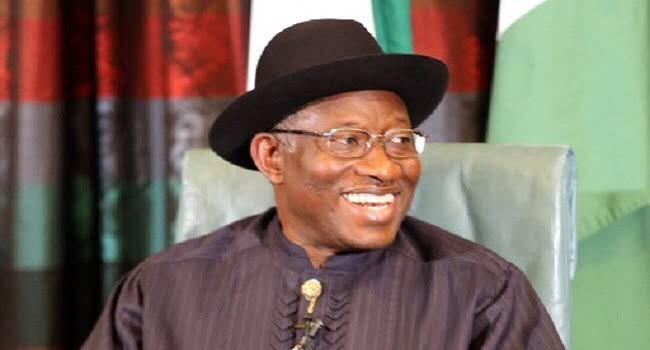 NIgeria's former leader, Goodluck Jonathan has formally defected to the ruling All Progressives Congress (APC) in a bid to recontest for President in 2023.

This comes hours after disowning a nomination form purportedly procured for him by a northern group.

Following reports that a coalition of northern socio-cultural groups, basically of Fulani extraction, purchased N100 million nomination and expression of interest forms of the APC for the former President to contest for President again in 2023, Jonathan swiftly rejected the presidential form purchased for him on Monday.

Speaking through his Media Adviser, Ikechukwu Eze, the former president said it was an insult for the group to have bought him the form without his permission.

But according to the News Agency of Nigeria, a credible source in Jonathan’s camp said the former President has finally decided to vie for the top office again.

Jonathan lost to the incumbent, President Muhammadu Buhari in 2015 as a member of the Peoples Democratic Party (PDP).

The source, who spoke on condition of anonymity, told NAN that the former president has formally joined the APC after registering at his Otuoke Ward in Bayelsa.

He is expected to submit the duly filled forms on Thursday.

“Several bigwigs of the party have also been calling Jonathan to pledge their loyalty and support to the former president,’’ the source said.

The source told NAN political correspondent late on Wednesday that some influential African leaders had called Mr Jonathan earlier on Monday to advise him “to contest the election in the interest of Nigeria".

“At least three top African leaders called the former president on the matter. They all urged him to run.

“One of them specifically told him that it didn’t make sense travelling all over Africa settling disputes only to shy away from leadership responsibility in his home country.

“Another reminded him of the implication of failing to put the experiences he garnered as a former Nigerian president and as a continental statesman to good use,” the source also said.

According to the source, some of the African leaders told Jonathan that Nigeria was passing through challenging times and in need of "a unifier like Jonathan at this time’’.

The source did not disclose the names of the African leaders.

SaharaReporters exclusively reported on Tuesday that claims by the former President that he did not authorise the purchase of the multi-million-naira forms were far from the truth.

“Contrary to his denials, former President Goodluck Jonathan gave over N200 million to the governor of Jigawa, Mohammed Badaru, to purchase the APC nomination and expression of interest forms for him,” a source privy to the arrangement told SaharaReporters.

Interestingly, the Jigawa governor, Badaru had last week joined other interested presidential aspirants to vie for the ticket of the APC by buying the N100 million nomination and expression of interest forms.

“I will join the Presidential race since everyone knows I’m a highly qualified person to do the job,” Badaru had been quoted as saying during an APC stakeholders’ meeting held at Government House in Dutse last Tuesday.

The governor was also said to have told the gathering during the meeting that he was pressurised by his colleagues to contest for the presidential seat.

But SaharaReporters learnt that the Jigawa governor had bought the forms and come up with the statements as a ruse to deceive Nigerians; as he was indeed working for Jonathan.

It was further learnt that Jonathan had backed out of the plan and swiftly come up with the denial after the APC National Chairman, Abdullahi Adamu, refused to guarantee that the former President would be the consensus candidate of the ruling party.

“The reason why he (Jonathan) gave him that much money – over N200 million – was that he asked the governor to buy himself a form too in order to cover up the deal,” the source had said.

“And upon purchasing the form, Jonathan alerted Buhari. Buhari told him to meet with the APC National Chairman, Abdullahi Adamu, but Adamu said he can’t guarantee him as a consensus candidate

“At that point, GEJ (Goodluck Ebele Jonathan) started denying that he purchased the form,” another source had said.

SaharaReporters much earlier broke the story of how a cabal in the ruling APC had pushed for Jonathan to succeed Buhari, after being impressed by how the former President never openly criticised the Buhari government despite its ineptitude and the insults the APC, as an opposition party, hurled at him (Jonathan) ahead of the 2015 presidential election.

The fact that Jonathan cannot spend more than one term in office, if they can manage to get him there, was also not lost on the cabal. However, SaharaReporters had also reported how Jonathan was later called a betrayer by the cabal after he failed to fulfil some of the conditions given to him, including convincing some PDP governors to defect to the APC.